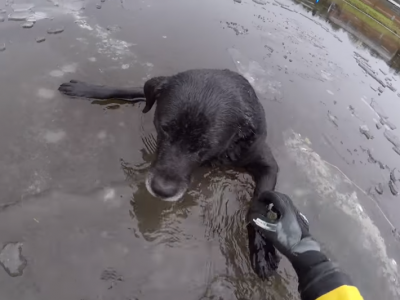 The dog had been in the water for about an hour.

In England, a woman inspector of the organization for the protection of animals captured on the wearable camera rescue from the icy river Labrador named hardy.

According to the channel WCMH-TV, the dog had been in the water for about an hour. With the words: “Good boy!” the woman crawled towards him on the ice and helped to get out. The dog then he ran to the shore.

Hardy froze and cut his paw, but his life is not in danger.

Earlier this week, police in the U.S. district Poppy, Michigan, participated in the operation to rescue the horse from the ice. In the process they have had problems: in particular, one of the policemen fell into the water, but eventually the animal was able to get out of the trap.