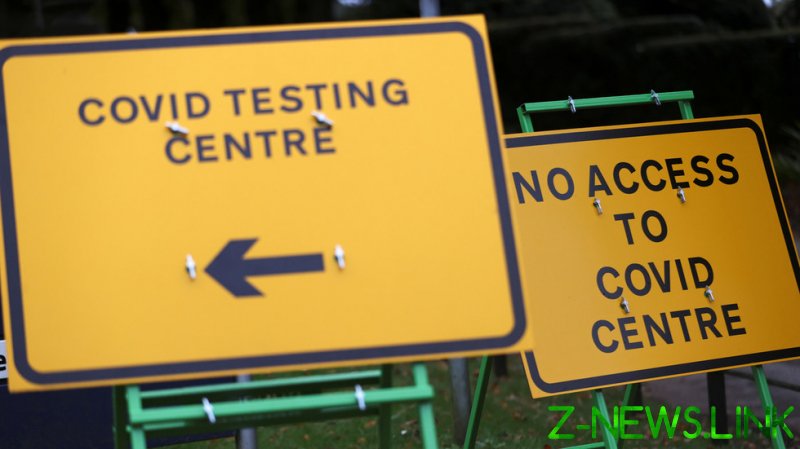 The percentage of contacts of positive coronavirus cases reached by England’s Test and Trace service has continued to fall, in the latest statistics published by the UK Department of Health and Social Care, sparking concern over Prime Minister Boris Johnson’s handling of the coronavirus epidemic.

New figures show that, in the week ending October 7, the service managed to reach only 62.6 percent of contacts identified — far below the target the government had set — as the system continues to struggle with soaring infections.

The Scientific Advisory Group for Emergencies, known as SAGE, has warned that, if the coronavirus is to be brought under control, at least 80 percent of all contacts must be reached and self-isolate, or the virus will continue to spread throughout the country.

The health ministry defended this failure by claiming that the figures have increased, “as non-complex cases have a higher proportion of contacts who are unable to be reached”.

However, this is not likely to calm the criticism from the Labour Party, which has repeatedly called for a new ‘circuit breaker’ lockdown to help ease the burden and give the government time to fix the system.

Shadow Health Minister Justin Madders said: “Surely ministers must see that the system is falling apart and what was supposed to be world-beating is, in fact, now one of the biggest obstacles to us getting on top of the virus?”

Health Secretary Matt Hancock has not yet formally commented on the new figures, but in the House of Commons on October 14, he claimed that, despite repeatedly failing to meet the required targets, Test and Trace is an “enormous system that is working so effectively”.