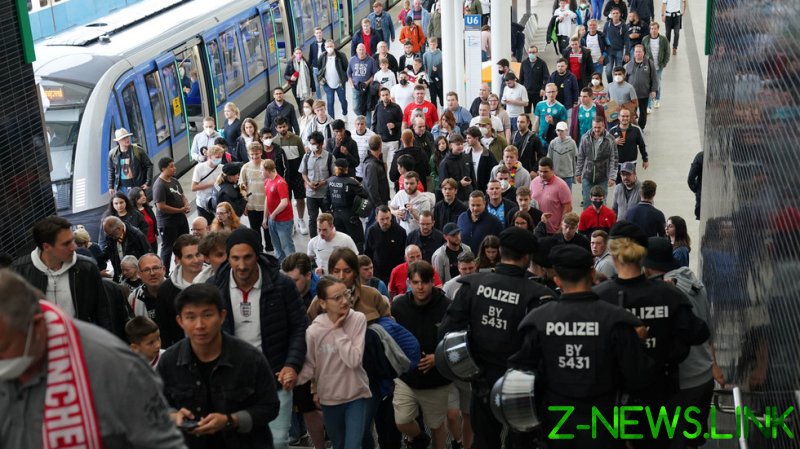 Seven English football fans have been arrested by Munich police ahead of a UEFA Nations League match between their country and Germany on Tuesday night.

The English Football Association (FA) had feared trouble ahead of the Three Lions’ first major post-pandemic away trip with police confiscating the passports of 880 known hooligans to prevent them from traveling to Bavaria.

Despite a ticket allocation of around 3,500 for English fans by the FA’s German counterpart the DFB, however, up to 2,000 ticketless fans are said to have headed to Munich with many using local hotel addresses to pose as Germans and gain entry to the home end in blocks of up to 50 punters. 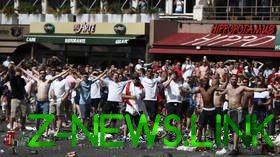 On Tuesday afternoon hours before kick off, several outlets reported that at least seven England fans had been arrested with three of them detained for making offensive Nazi salutes.

Two additional arrests were made for inciting the police, while one was for setting off a pyrotechnic flare indoors as another came for urinating in public.

According to local officers, the disorder was a product of alcohol-fueled anti-social behaviour.

Munich police say that the troublemakers were ordered to pay on-the-spot fines of £170 ($212), with two supporters that did not have enough cash on hand brought before a court judge.

Speaking to the PA news agency, a Munich police spokesman explained that the police would only be allowed to stop England fans going in the home end at the Allianz Arena if it was expected that they might cause trouble.

Speaking ahead of the Nations League match, powerless England manager Gareth Southgate called on his team’s fans to behave themselves and suggested that trouble impacts his men’s performance.

Asked if he had any message to send to the traveling masses, Southgate doubted if it would make any difference and be listened to as what he said would not “cause a jot of difference” if people are set on causing unrest. 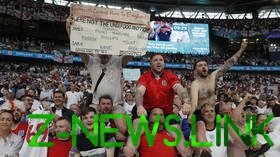 “I just think we’re representing the country, so is everybody that travels,” Southgate insisted.

“We should be good ambassadors for our country and leave a good impression. Thousands of football fans every year do that and are welcomed back and are greeted warmly by people all around Europe when they travel,” he also pointed out.

Southgate said that due to this, everybody who leaves the UK and goes on holiday or to watch football matches “has that same opportunity or responsibility”.

After receiving a two-game ban with one match suspended for trouble before, during and after the Euro 2020 final, England will play their opponents from the match lost on penalties at Wembley, Italy, behind closed doors in the Nations League.

Earlier in the tournament, England beat Germany 2-0 in the last 16 with theirs one of Europe’s most historically-charged rivalries.