Home / auto / Engineers have created a bike with auto charging

Engineers have created a bike with auto charging 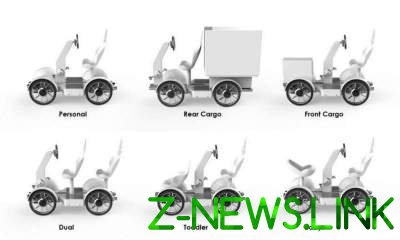 Four-wheeled electric bike allows you not only to generate energy by pedaling, but keep it for later use.

As writes the edition, depending on need it can take one of the six configurations — to become a freight, passenger, single and so on.

Hybrid Mobility Module is a new type of vehicle designed for the European market. It is an electric bike with regenerative braking system that allows to recharge the battery while riding. However, until now, because of the limitations of this technology, they did only two rounds.

The invention of Professor ENWW Jong, called “Urban Modular Mando Footloose E-bike” allows not only to generate energy by pedaling, but keep it for later use.

“The new hybrid system is devoid of the need for complex air guns or mechanical driving mechanism, so it is suitable for various platforms, including four — wheeled transport,” says Professor Jeong.

Hybrid ATV produces energy by means of a pedal generator of alternating current. The received energy passes in eight capacious battery and is fed to four electric motors mounted at each wheel.

The bike has six configurations for different needs: personal (for one person), with a large body from behind, with a small cargo compartment in the front (good for courier services), a double and two versions for children of different ages.