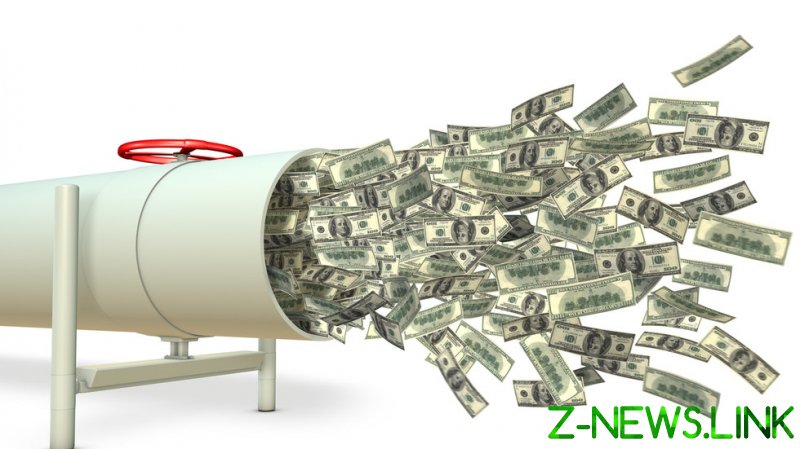 Despite the fact that this year’s oil prices are now nearly double compared to the 2020 average, the energy industry faces additional impairments in the coming years and decades, this time due to the investor pressure to slash emissions and start accounting for changes to energy demand in the transition to low-carbon sources.

All industries are under pressure to realign their accounting and financing practices to climate change-related risks, but none more so than the large companies in the energy sector the core business of which continues to be oil, gas, and coal.

The increased scrutiny and pressure on companies from investors and society, as well as uncertainties over long-term demand for fossil fuels, could leave assets currently estimated to be worth trillions of US dollars stranded in the future.

Recent studies have suggested that more than half of oil and gas reserves should remain in the ground if the world is to limit global warming to 1.5 degrees Celsius above pre-industrial levels by 2050.

Businesses are waiting for details on carbon markets and carbon emission rules and, potentially, carbon taxes, before re-evaluating their assets, analysts tell The Wall Street Journal.

“Carbon charges are likely to come, and they will transform the upstream sector, affecting both asset values and the industry’s economics,” WoodMac analysts said earlier this year.

With carbon taxes and prices, more reserves and operations of energy companies, not only in the upstream sector, could be left as “stranded assets.”

“Delaying action could cause this value to rise to an alarming $6.5 trillion by 2050 – almost double. Planning in advance also supports a just transition, assisting in the reallocation and creation of jobs and services,”  according to IRENA.

Last year, the biggest oil and gas firms in North America and Europe alone wrote down over $150 billion off the value of their assets, the highest since at least 2010 and representing around 10% of the companies’ combined market capitalizations, an analysis by the Wall Street Journal showed in December.

The reassessment of oil and gas assets was so widespread that even ExxonMobil – which, until last year, hadn’t really adjusted the value of its assets in many years – warned of massive write-downs of between $17 billion and $20 billion after-tax in Q4 in its gas assets in the United States, Canada, and Argentina, due to the pandemic and its effect on the industry. TotalEnergies even used “stranded assets” in qualifying Canadian oil sands projects Fort Hills and Surmont as such.

While the write-downs of 2020 were the direct result of the collapse in prices leading to the reduced value of assets, future impairments would likely be driven by climate-related risks, analysts and think tanks say.

Not all assets will pass the scrutiny to be resilient and profitable in a world that will still need oil and gas but aims to significantly limit energy-related emissions.

If the world’s 60 largest listed oil and gas companies continue with a business-as-usual approach, more than $1 trillion of such business-as-usual investment is at risk, including $480 billion in shale/tight oil projects and $240 billion in deepwater projects, financial think tank Carbon Tracker said in a report in September.

“Companies and investors must prepare for a world of lower long-term fossil fuel prices and a smaller oil and gas industry, and recognise now the risk of stranded assets that this creates,” Carbon Tracker Head of Oil, Gas and Mining and report co-author Mike Coffin said.

According to a recent study of researchers from the University College London (UCL), nearly 60% of both oil and fossil methane gas and almost 90% of coal must remain in the ground by 2050 in order to keep global warming below 1.5 degrees Celsius. The findings, published in Nature in September, are based on a 50% probability of limiting warming to 1.5 degrees Celsius this century. This would mean that reaching this target would require an even more rapid decline in production and more fossil fuels left in the ground, UCL researchers say.

Still, the world will need oil and gas for decades to come. Yet, the pressure to account for climate-related risk to assets could bring about billions of asset impairments in the energy industry every year and leave trillions-worth of fossil fuel assets stranded.

“Just a few years ago, few within the oil and gas industry would even countenance ideas of climate risk, peak demand, stranded assets, liquidation business models and so on. Today, companies are building strategies around these ideas,” Luke Parker, vice president, corporate analysis, at Wood Mackenzie said last year, commenting on the massive write-downs at Shell and BP.

“Demand might still grow from here, and many companies are still chasing a share of that growth. But make no mistake, the corporate landscape is changing, and the majors are changing with it.”