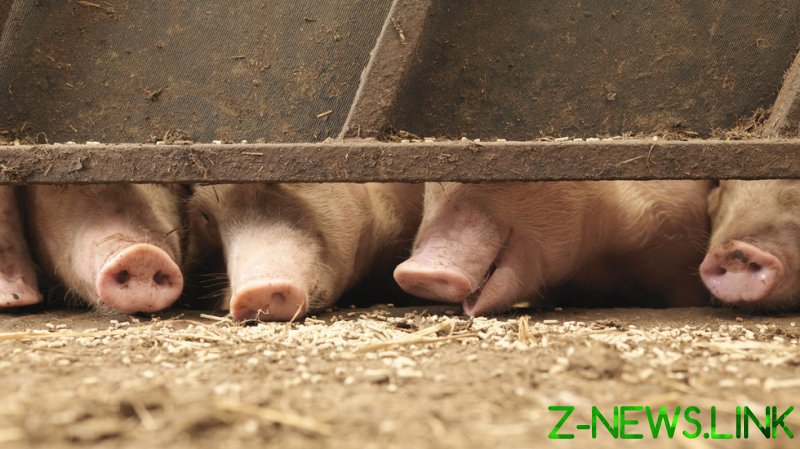 Carbon dioxide is a by-product of fertiliser production that is used to stun animals before slaughter as well as for the packaging process that prolongs the shelf life of all meat, and in fizzy drinks and beer.

However, soaring gas prices have brought about a slowdown at some chemical factories in Europe that produce fertiliser, with a major US producer being forced to halt operations at two manufacturing complexes in the UK for an uncertain period of time.

“This crisis highlights the fact that the British food supply chain is at the mercy of a small number of major fertiliser producers – four or five companies – spread across northern Europe. We rely on a by-product from their production process to keep Britain’s food chain moving,” Nick Allen, the chief executive of the British Meat Processors Association (BMPA) told the BBC after emergency talks with the Department of the Environment, Food and Rural Affairs (Defra).

According to British Poultry Council chief executive Richard Griffiths, some 20 million birds per week are slaughtered, but abattoirs are running out of carbon dioxide.

“If CO2 supplies become tighter and more unpredictable then supply chains will have to slow down. Ultimately, no CO2 means no throughput,” Griffiths said, highlighting that the sector is already facing mounting labour shortages.

Moreover, the Cucumber Growers Association has expressed deep concerns over the effect that high prices of natural gas are having on crops.

Gas is commonly used in the heating of greenhouses and, along with carbon dioxide, “are both critical factors in growing and achieving the yields required to survive in the modern industry”, the association said.

The British food industry has been fighting for full shelves and stocked menus over the past months amid a lack of workers that is partially attributed to Brexit and the Covid-19 pandemic. Meat processors, in particular, have reportedly been facing a shortage of lorry drivers as well as recruitment problems at abattoirs.

Some food shops across the country have been low on such items as bacon, milk and bread. Meanwhile, McDonalds has said it ran out of milkshakes last month, and other farmers warning of a backlog of pigs due to the labour shortfall.