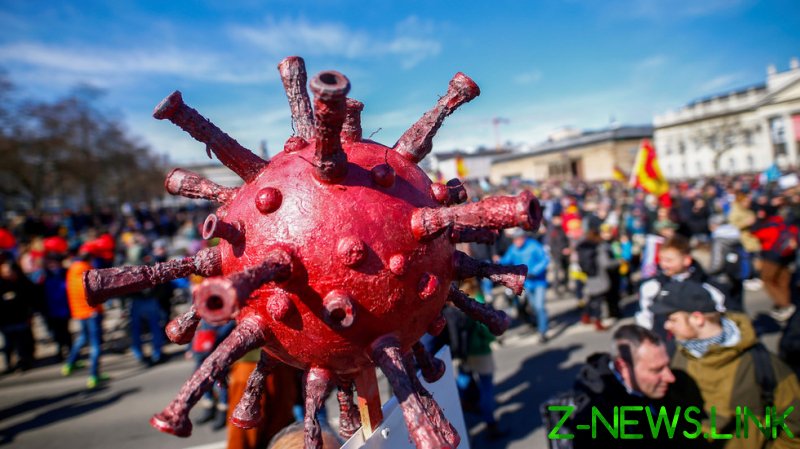 Merkel “had no choice” but to pull the plug on the restrictions after facing protests from the public, her political opponents and even her own Christian Democratic Union (CDU) party, Maximilian Krah, a European Parliament member for Alternative for Germany (AfD), told RT.

“Her politics on Covid has completely failed. We have had a permanent lockdown since November; the vaccination is on Third World level,” and trying to tighten the curbs in such a situation was certain to provoke a lot of backlash, he said.

Krah described the CDU’s MPs as “the most submissive” in the Bundestag, insisting that when even they protest against Merkel “you know that we are now in the situation where the majority is shifting away from her.”

The chancellor had “her first U-turn ever” when she said on Wednesday that the planned tightening of lockdown was her mistake alone, the MEP added.

According to Krah, the decline of Merkel’s influence would likely result in the loss of influence by the CDU as a whole. In addition to Merkel’s uncharacteristic change of heart, the country’s ruling party has also been rocked by a widening scandal over mask procurement after two of its MPs were blamed for getting kickbacks from deals to supply masks.

The AfD politician said he had little faith in Merkel’s announced successor, Armin Laschet, suggesting that after she steps down in September “you will have a weak CDU with no principles and a weak leader.”

“There’s not even a guarantee that this party will stay in government [after the September 24 federal election]. There could be a Green-led government in Germany. If you bet on the future of CDU – you are brave,” Krah said.

However, Martin Dolzer, MP from Hamburg for the Die Linke (Left) party, argued that Merkel’s about-face has shown her in a good light as a leader who is able to admit they were in the wrong.

If you make a mistake and draw back to make a correction, to my mind, that means a certain way of strength

Giving up on the Easter restrictions was a “good” thing to do because they were “completely inconsistent” and mostly symbolic in nature. “Closing down everything just four-five days will never break the chain of infection,” he told RT.

“I don’t think the CDU will split up in any way because of this,” Dolzer said, but he acknowledged that some may well suggest that “there’s no strategy” to tackle Covid-19 in Merkel’s government and that this void in place of a consistent policy may influence the election.

Some German parliament members urged a vote of confidence for Merkel over the whole Easter debacle, but the Chancellor said late on Wednesday that she wasn’t going to initiate one, arguing she has full support of the parliament. “Today I asked people for forgiveness over my mistake. I think it was the right step at the moment. Besides I have the support of the whole government and the parliament,” she said, saying that she was going to focus on controlling the third wave of the pandemic in the country instead.