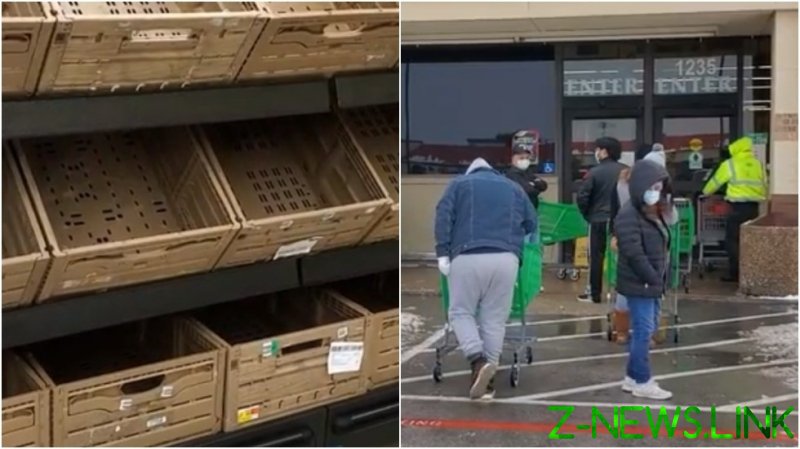 RT’s Ruptly video agency visited one of the stores in Dallas, filming shelves and fridges that were bursting with produce not long ago but now stand completely empty.

After several days of the deep freeze and heavy snowfall, even common products like milk, cold meats, vegetables and many others became inaccessible to Texans.

Outside the Dallas store, people with shopping carts stood in long lines in the snow-covered parking lot, shivering from the cold.

“It’s very stressful to be in a cold house, and if you’re in a cold house you’re definitely not eating any warm food,” a local man complained. “Even when you go out, you can’t find food, and when you do you have to stand in a line for five hours.”

What’s happening in Texas because of the cold weather “doesn’t make any sense,” he pointed out.

The power outages caused by the storm have disrupted the state’s entire food supply chain, heavily hitting both producers and retailers.

Fruit and vegetable crops in the Rio Grande Valley have frozen over, while dairy farmers were pouring milk worth millions of dollars down the drain as they were unable to get it to the dairies. Some cows and chickens have also died due to being kept in unheated enclosures and lack of feed for them.

While some stores shuttered, those that remained open saw their supplies dwindling almost instantly due to demand spikes and products spoiling in dark refrigerators. They also had no means to restock.

Officials have warned that disruptions in food supply may continue in Texas for weeks, even after the weather improves, because the agriculture industry was already suffering from the coronavirus pandemic.

All power plants in the state resumed operations on Friday, offering Texans hope that the situation may improve. However, at least 195,000 homes still remained without electricity as the big freeze destroyed power lines. More than 14.4 million people – almost half the population of Texas – were also continuing to experience water shortages.

Nearly two dozen people have so far died in Texas due to the freezing temperatures, but authorities fear that the actual death toll might be higher, as not all bodies have yet been discovered. 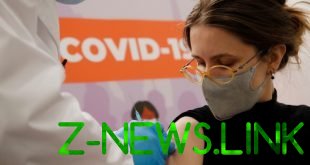 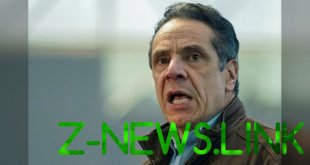 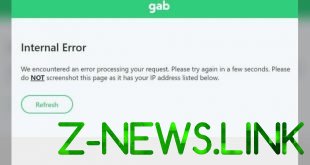