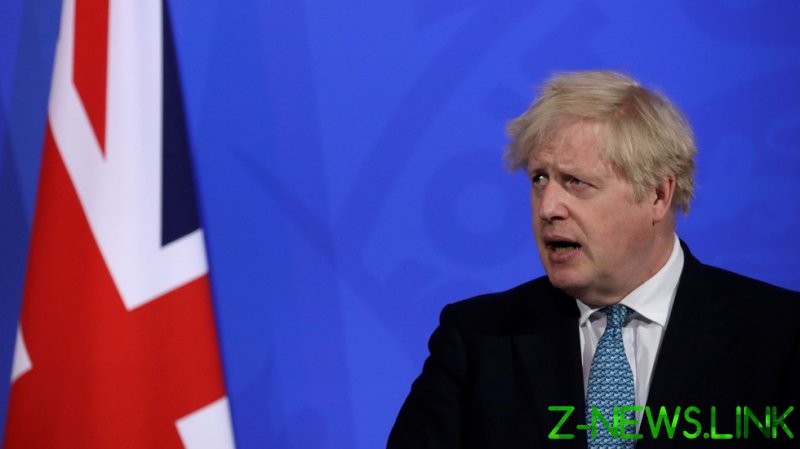 Among the priorities Johnson lists in the article, published on Thursday, is a pledge to “vaccinate the world” by the end of 2022, reduce carbon emissions, fight loss of biodiversity and fund the education of 40 million girls by 2025.

In addition, Johnson and US President Joe Biden will draw up a successor to the ‘Atlantic Charter’ – a 1941 agreement between Winston Churchill and Franklin Roosevelt to redraw the world after World War II – that “underscores” the trans-Atlantic commitment to NATO, “dispel any sense of gloom” and protect “allies on Europe’s eastern flank.”

However, the focus will be on the “framing of a new global treaty on pandemic preparedness so the world is never caught out in the same way again,” promises Johnson, who pledged to donate “millions” of Covid-19 vaccines from “surplus UK stocks.”

The bulk of that commitment is expected to come from the Oxford-developed AstraZeneca vaccine, which is yet to win approval from US regulators despite large-scale trials. In addition, the European Union temporarily suspended its use in March while some countries have stopped using it entirely – owing to the shot’s suspected links to the incidence of rare, but deadly, blood clots.

Johnson notes with pride that thanks to a “deal done between the British government, Oxford scientists and AstraZeneca,” the vaccine accounts for “95%” of the total stock distributed by COVAX, a global vaccine alliance that provides the shots “at cost” to low- and middle-income countries.

“This is the moment for the world’s greatest and most technologically advanced democracies to shoulder their responsibilities and to vaccinate the world, because no one can be properly protected until everyone has been protected,” Johnson states.

Noting that the county of Cornwall, where the summit is hosted, had “administered more vaccinations than 22 African countries combined,” Steve Cockburn, head of economic and social justice at Amnesty International, countered that there would be “no end in sight until rich countries stop hoarding vaccines, stop supporting pharma monopolies, and start facing up to their international obligations.”

A number of social media users queried the efficacy of the AstraZeneca vaccine against emerging strains, in particular the reported ‘Delta’ variant, of the virus and warned that Britain is “being judged” due to Johnson’s decisions.

Another Twitter user likened Johnson’s vaccine pledge to “leftovers” in comparison to the announced US purchase of 500 million Pfizer vaccine doses to be distributed to 92 lower-income countries through COVAX.

Other users criticised Johnson for indulging in an “Empire 2.0 fantasy” and neglecting “treaty commitments” after his contention that Britain was the “buckle that fastens, the hyphen that joins everything together” in terms of the “breadth of our capabilities and friendships.”

“It is somewhat ironic that Boris Johnson is discussing a new ‘Atlantic Charter’ intended to defend democratic values with Joe Biden today when most of what Boris Johnson does is intended to undermine democracy and the rule of law in the UK,” tweeted Richard Murphy, a co-founder of the Green New Deal eco-sustainability group.

A significant number of users also called out Johnson’s “hypocrisy” to “pontificate” about climate change while flying to Cornwall instead of using other modes of transportation.