Eminem has released a hard roller, addressed to Trump. Video 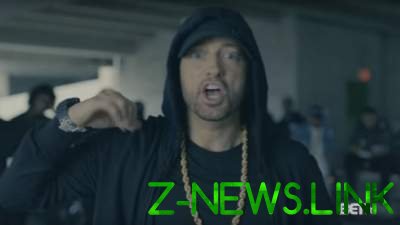 The famous rapper is strongly dissatisfied with the actions of the President of the United States.

Famous American rapper Eminem released a video in which he does not hold back tough criticism of US President Donald trump.

In the video he rap-battle humiliated competitor, calling him “a spoiled small brat” and “kamikaze, which will lead us to nuclear Holocaust.”

The musician has transferred all that often criticize the current US President: racism, militarism, migration policies, intemperance, Twitter and even orange color.

In the final he obscenely appealed to his fans, who have not yet decided who he likes more Trump or Eminem.

In the beginning of the video stated that it was still 10.06.2017 filmed in Detroit, but released the movie was during the broadcast of the award ceremony BET Awards.

For a little more than the day of publication the video had collected nearly 9000000 views.