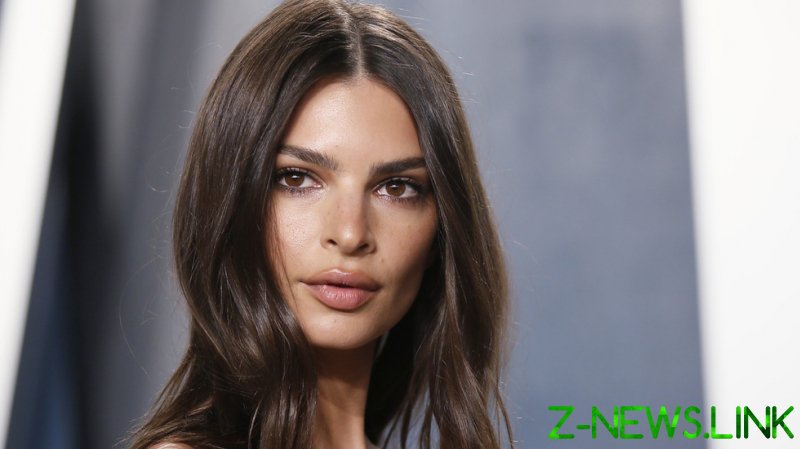 Oh, Emily. Why do you have to make a fool of us women?

Let’s be blunt. Men used to have to work ten times harder to get a woman to take off her clothes. First there was the attempt to get her attention with subtle yet recognizable gestures, opening the door, a friendly glance, a gentle ‘hello’. Then it was the delicate process of making each other’s acquaintance like a sweet, smooth waltz in the summer breeze. It was a connection that didn’t hurry, but took its time in soft, flowing movements.

Finally, after much awaited anticipation, patience, and hard labor, he would sweep her off her feet.

She was the prize, and he had earned the chance to get to know her.

Now scratch that 1940s Clark Gable fantasy because thanks to self-proclaimed “feminists” like model/actress Emily Ratajkowski, there is no gentle hello, no sweet waltz, no patience, or labor involved. Men are having the last laugh and the only dance women are doing is around ourselves, trying to figure out where we went wrong.

That is why Ratajkowski’s recently launched book, My Body, is frighteningly dangerous. The book claims to be a “deeply honest investigation of what it means to be a woman” and describes the model as having “sparked both praise and furor with the provocative display of her body as an unapologetic statement of feminist empowerment.”

It’s already making headlines as it describes the moment Ratajkowski claims singer Robin Thicke groped her during the filming of the 2013 Blurred Lines music video. The controversial clip features a topless Ratajkowski and two other models dancing provocatively in nude thongs around a fully clothed Robin Thicke and rappers Pharell Williams and T.I., as the three chant the lyrics, “I know you want it.”

Why wait nearly a decade to expose Thicke? “I would not be famous,” Ratajkowski explained at the CoinGeek Conference on Monday. “I was an unknown model, and if I had spoken out or complained, I would not be where I am today.”

Let me get this straight: a woman who put fame and fortune before her own well-being and self-respect has released a book preaching “feminist empowerment” to her 28.4 million followers. If that’s not concerning to females everywhere, we are in big trouble.

Because despite her alleged horrifying experience of being assaulted on the set of Blurred Lines, Ratajkowski still believes the controversial music video is “empowering” for women. She stands by the female director Diane Martel, who claimed at the time that the video intended to switch the power dynamics between men and women by putting the men in inferior positions and the women in power positions. Really? If I was a man watching that video, I would join every “feminist” protest because it might as well turn into a bunch of topless women thinking they’re in power positions as crowds of fully clothed men watch, completely pleased with themselves.

I wonder if Ratajkowski would have stood by her words had the director been a man.

The video even got the model cast for her “dream role” as Ben Affleck’s mistress in the thriller drama, Gone Girl. Director David Fincher told GQ magazine he wanted somebody who could be incredibly divisive among men and women. “We needed somebody where, at the moment she appears, the women are going, ‘That is unreasonable and despicable.’ And you also have the men going, ‘Yes, but…’ And so Ben said, ‘Yeah, like the girl in the ‘Blurred Lines’ video.’”

So congratulations ladies, they’ve got us exactly where they want us.

To be fair to Emily, she’s not the only celebrity partaking in these horrifying new ideals of feminism. American rappers Cardi B and Megan Thee Stallion claim their sexually explicit song WAP (you can take a guess as to what the acronym stands for) is a feminist anthem encouraging women to embrace their sexuality. Ironically, it is based off a man’s 1993 single Wh*res in This House; also the opening line of the female version.

The song became the number one on the Hot 100, with 93 million streams. And of course none of this is surprising because the simple fact is that sex sells. But let’s not conceal the real reasons behind releasing a sexually explicit song or dancing semi-naked in a music video. None of this is for female empowerment. It’s for fame and money.

And it may work for the likes of Ratajkowski, because if you want to make a career out of being sexy, that is 100 percent your right and your choice. But if you want to hold men accountable for objectifying women, then you, too, must be held accountable for objectifying yourself and then misleading your 28.4 million followers into believing that that is what it means to be an empowered woman.

Ironically, female sexuality is, indeed, a woman’s most powerful weapon. It is what has brought even the world’s cruelest, most feared kings to their knees. It is the most delicate yet most unyielding part of her femininity, so tough it can even give birth to new life.

So why sell ourselves so short? We seem to have forgotten that we’ve got the power.