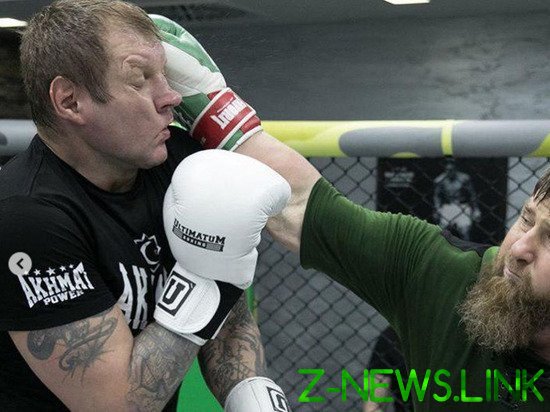 “Today my Friend Ramzan spared! Beat hard with both hands!” – posted by Emelianenko.

“Sasha, what’s the problem with the defense?” – asked one of the subscribers. “Commentators certainly rare there…. hit. Kadyrov and Emelianenko. And then write how things are there. Friendly sparring has not been canceled, however, as cushion eksperdov,” replied the former leader of the youth of the liberal democratic party Pavel Pyatnitsky. “I zakodirovatsia,” joked another user.

Members in the majority were dissatisfied with the behavior of Emelianenko. They believe that the fight was staged. “Sasha, be honest , respond?”, “The most difficult fight in the career of Alexander”, “Sanya, don’t be silly” – such comments are most often found under the post famous MMA fighter.