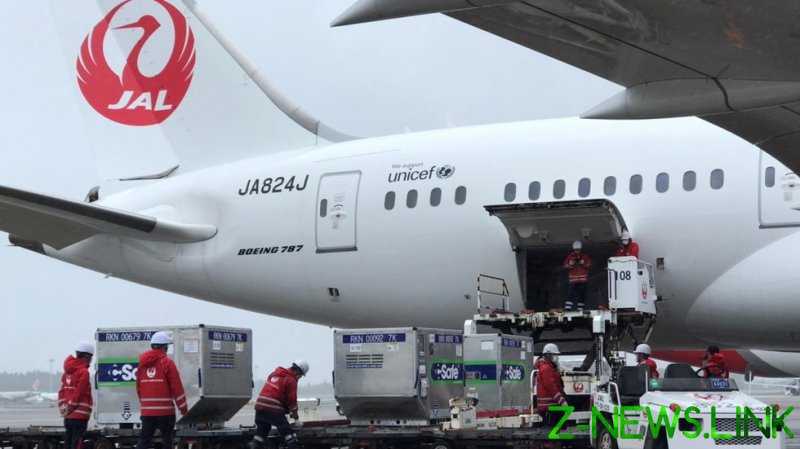 “At the time of the great east Japan earthquake 10 years ago, people in Taiwan sent us a lot of donations promptly. I believe that is etched vividly in the minds of Japanese people,” said Foreign Minister Toshimitsu Motegi as he announced Japan’s donation to its former colony on Friday afternoon.

The AstraZeneca vaccines, 1.24 million in total, touched down at Taipei’s main international airport early afternoon. “Such an important partnership and friendship with Taiwan is reflected in this offer,” Motegi said.

Taiwan Health Minister Chen Shih-chung said he was “extremely thankful” for the gifted vaccines, citing the challenging situation the island currently finds itself in, with only 3% of people vaccinated and authorities struggling to contain domestic infections. “I believe it will be very helpful in overall pandemic prevention,” he added.

Taiwan’s ruling Democratic Progressive Party said the gift from Japan was a result of good relations and positive exchanges between President Tsai Ing-wen’s government and Tokyo over the last five years.

Taiwan’s health minister announced that there had been another 472 infections over the last 24 hours as case numbers remain stubbornly high on the island that, until recently, had remained largely untouched by the virus.

Taipei had only received about 860,000 vaccine doses before Friday, mainly AstraZeneca shots and some from Moderna. The government has a further 20 million on order and is developing its own domestic vaccine and, despite pressure from opposition groups, refuses to accept vaccines from Beijing, which considers the island an integral part of its territory.

Japan has also been facing a spike in domestic cases and its vaccination campaign lags behind other developed nations. As of Wednesday, only 7.8% of the population had received at least one shot, although the speed at which the vaccines are being administered has increased four-fold.