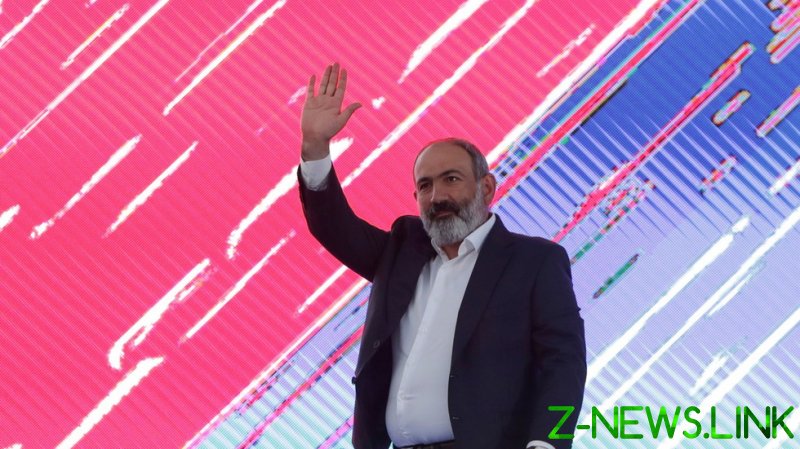 The snap elections took place on Sunday amid a political turmoil that has gripped Armenia after last year’s Nagorno-Karabakh conflict, that saw it handing over areas of the disputed region to Azerbaijan as part of a peace agreement with Baku, brokered by Moscow.

The deal sparked mass protests, with opposition blaming the Pashinyan government for what many saw as a surrender.

The preliminary results of the election, however, indicated an overwhelming support for the ruling Civil Contract party, which gained around 55.66 percent of the vote. Its main rival, newly-founded Armenia Alliance, led by the ex-President Robert Kocharyan was lagging behind with 20 percent, the country’s central election commision reported after counting 67,53 percent of the ballots.

The threshold is set at 5 percent for parties, and at 7 percent for blocks. A total of 21 parties and four blocks are vying for the seats in the country’s legislature.

Shortly after preliminary results were published, Pashinyan claimed victory in the poll. In a video address broadcast on Facebook, the acting PM said that his party was given a “steel mandate” to carry out a “steel revolution,” contrasting it with the Velvet Revolution of 2018, which propelled him into the PM office. His ascent to power was preceded by mass protests against then President Serj Sargsyan.

“Victory in the parliamentary election will restore social and national consolidation. The people of Armenia have carried out a second revolution in three years,” Pashinyan said.

Pashinyan expressed his gratitude to a number of countries and organizations that he said stood behind Armenia, including Russia, France, the US, the EU, Iran and Georgia. The politician also pledged to deepen ties with the members of regional blocks, such as Collective Security Treaty Organization (CSTO) and Eurasian Economic Union (EAEU). Both count Russia among its member-states.

While Pashinyan called on his supporters to gather for a celebratory rally, Kocharyan’s block cast doubt on the credibility of the pleriminary results, citing alleged voting violations and accusing the ruling party of a plot to falsify the elections.

The results are “in stark contrast to the various manifestations of public life we ​​have witnessed over the past eight months, to all public opinion polls, including international, and finally, to common sense,” the block said in a statement, cited by the media. Initial results, however, indicate that Kocharyan’s block gained ground on the centrist Civil Contract party in capital Yerevan, where it was leading with over 68 percent.