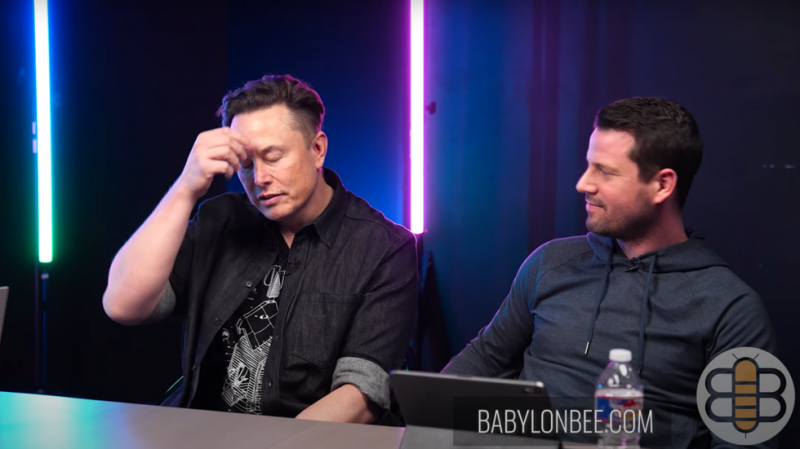 In the fiery interview, which aired on Tuesday evening, Musk protested attempts to cancel comedian Dave Chappelle and said the “woke mind virus” is “arguably one of the biggest threats to modern civilization.”

“It should be okay to be humorous. Wokeness basically wants to make comedy illegal, which is not cool,” the billionaire said, questioning, “Do we want a humorless society that is simply rife with condemnation and hate?”

During the interview, Musk also took aim at CNN amid the news that one of the network’s producers – John Griffin – was charged with a series of shocking underage sex crimes this month.

After one of the hosts suggested that Musk “could be on CNN right now,” which is “a real news organization” unlike the Babylon Bee, Musk responded, “I’m not perverted enough, I guess.”

The Babylon Bee mocked CNN’s string of scandals this month with the headline, “CNN HR Department Considers Adding ‘Are You A Creepy Pervert?’ To Employment Application.”

“I don’t want to be like some old codger dismissing the internet,” Musk said, adding, however, that he is currently “unable to see a compelling Metaverse situation.”