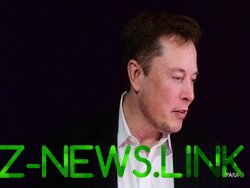 The businessman believes that the estimates become unreliable infected since mid-April. Then began to consider patients with symptoms similar to COVID.

The founder of Tesla and SpaceX Elon Musk is confident that the estimates of the number of patients with coronavirus in the United States have become unreliable since mid-April, when the record began to make patients with symptoms similar to COVID-19. He stated this in an interview with Bloomberg Businessweek, published on 22 may.

However, he pointed out that among the employees of SpaceX, there were no serious cases of infection.

“SpaceX all this time continued to work, as we fall under the exception relating to national defense. We have throughout the pandemic worked a full day, eight thousand people. And we have zero serious infections or deaths, despite working in Los Angeles, Texas, Florida. Approximately the same situation (in Tesla) in China, where seven thousand people”, − said the businessman.

According to him, “when the dust settles, it will become obvious, all this was much less of a problem than people thought.”

Previously, Musk has actively called for the early lifting of the restrictive measures imposed in the US because of the pandemic. In particular, he stated that plans to move the headquarters and all the new projects Tesla from California to Texas or Nevada because of sanitary restrictions on the background COVID-19.