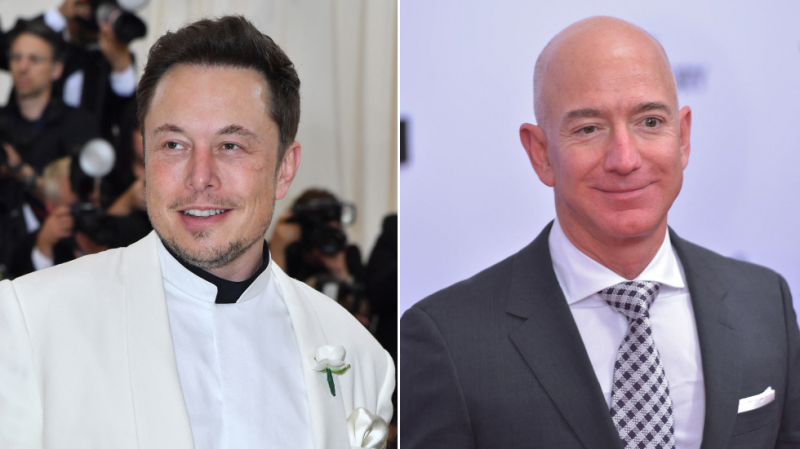 The latest salvo in an ongoing one-sided war of words was prompted by a letter an Amazon subsidiary sent this week to the US Federal Communications Commission (FCC), in which it urged the agency to reject SpaceX’s plans to deploy another group of satellites to power Starlink.

Earlier in the month, Blue Origin – the rival space firm headed by Bezos – sued NASA after it lost out to SpaceX on a $2.9 billion government contract to put astronauts on the Moon. The suit has led to ongoing delays in SpaceX’s work developing a lander for the Artemis project.

In response to a story on the latest complaint, Musk tweeted, “Turns out Besos [sic] retired in order to pursue a full-time job filing lawsuits against SpaceX…”

However, the new protest from Amazon does not appear to signal a formal lawsuit. In its letter, Amazon’s subsidiary firm, Kuiper Systems, raises concerns about new amendments in SpaceX’s plans for the satellite system that are apparently “at odds with both [FCC] rules and public policy”.

According to the PC Magazine story Musk responded to, Starlink is currently powered by around 1,700 low earth orbit satellites, which serve an estimated 100,000 customers around the world. To “improve coverage and network speeds,” SpaceX is apparently seeking FCC clearance to launch another set of 30,000 second-generation satellites.

The Amazon subsidiary’s complaint is that SpaceX is hedging its bets by asking the FCC to approve two “mutually exclusive” orbital configurations – where exactly the satellites will be positioned around the Earth.

This will apparently “[double] the technical effort” faced by other operators like Kuiper Systems, which will have to first review “interference and orbital debris concerns” raised by two separate satellite configurations. The letter also warns that it sets a bad precedent by encouraging “other prospective licensees” to do the same in the future.

Earlier in the week, Musk reacted with laughing emojis to a meme about Blue Origin copying SpaceX’s “homework” while designing its vertical landing spacecraft. Photographs of the Amazon venture, codenamed Project Jarvis, prompted discussion about similarities to SpaceX’s own rocket.

Previously, Musk had also trolled Bezos for Blue Origin’s inability to “get it up (to orbit)”, referring to its Moon lander and the lawsuit against NASA.