Ellen DeGeneres to end talk show after reputation as ‘be kind lady’ collapses amid allegations of bullying, staff abuse 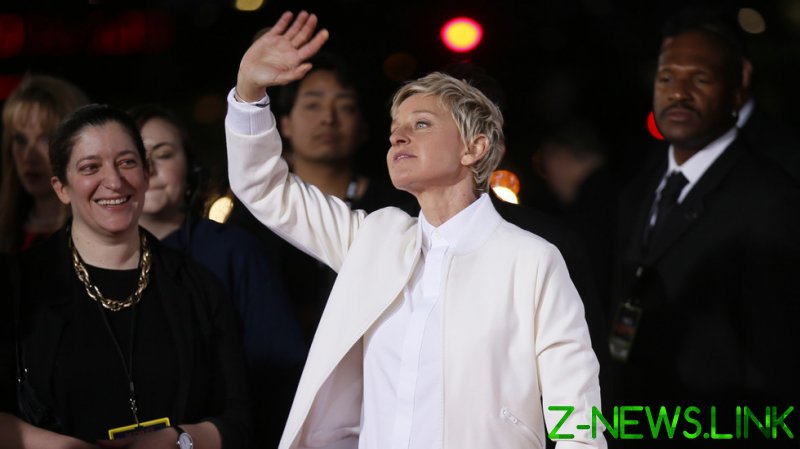 “When you’re a creative person, you constantly need to be challenged, and as great as this show is, and as fun as it is, it’s just not a challenge anymore,” DeGeneres told the Hollywood Reporter on Wednesday. She plans to expound on her decision in an interview with Oprah Winfrey on Thursday.

DeGeneres succeeded Winfrey as the most recognizable face in American daytime television. But the comedian’s reputation as the ‘Queen of Nice’ has taken a beating over the past 13 months on accusations that her guests are bullied and her staff is abused.

Staffers complained of callous treatment during the Covid-19 pandemic, including slashing their pay, leaving them uninformed and hiring replacement workers to build a set in the star’s home so taping of the show could resume. Former employees made allegations of racist comments and sexual harassment by management, as well as being fired after taking bereavement leave.

Fans and entertainment media outlets piled on, speculating about celebrities whom DeGeneres allegedly mistreated. Australian radio host Neil Breen said he was instructed not to talk to, look at or approach DeGeneres when he worked with the star in 2013.

Such allegations would look bad for any host, but they were akin to kryptonite for DeGeneres, smacking of extreme hypocrisy for an entertainer who made “be kind” her brand. As she herself said in an apologetic monologue last September, “Being known as the ‘be kind’ lady is a tricky position to be in.”

The New York Times reported in March that since ‘The Ellen Show’ returned for its 18th season last September, it was averaging 1.5 million viewers, down from 2.6 million the previous season. Ad revenue from September through January was down 20%, at $105 million.

Critics of the show suggested that its downfall began before employee allegations surfaced. An awkward November 2019 interview in which DeGeneres jokingly accused actress Dakota Johnson of failing to invite her to her birthday party became an internet meme and was credited with setting off the comedian’s downward spiral. Johnson replied, “Actually no. That’s not the truth, Ellen.”

The critics were out in force again on Wednesday, celebrating the decision to end the show’s long run. One Twitter commenter asked, “Does that mean she realizes her guests have finally figured out that she always looks for a gotcha moment to embarrass or humiliate them?”