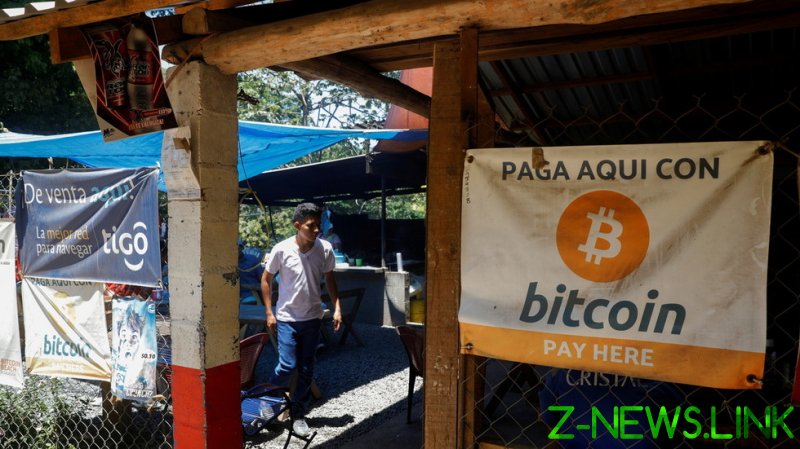 On Tuesday night, the parliament of El Salvador made an extraordinary move, passing a law which would make the cryptocurrency bitcoin a legal tender. The Latin American nation is the first country in the world in any capacity to do so. The president of the country, Nayib Bukele, has argued that it will revolutionize its economy, as it is a nation where the vast majority of the population does not have bank accounts and many are reliant on remittance payments sent back from the United States, where a substantial expatriate population lives.

El Salvador, to put it mildly, is a country that has suffered a turbulent history and faces some extraordinary problems. Although its name in Spanish means ‘The Saviour’, it probably couldn’t be less heavenly for its population if it tried. Having faced a bloody 12-year civil war from 1979 to 1992 backed by the United States, the country experienced longstanding devastation which has left it with one of the highest organized crime and per capita murder rates in the world. The economy was subsequently left in ruins, and it was forced to adopt the US dollar, of all things, as its official currency in 2001.

To make matters worse, the US imposed the neoliberal economic system on the countries of Latin America, which compounded their existing problems. El Salvador is fiscally struggling, with the IMF lurking in the background waiting for a $1 billion repayment. Arguably, the current rules are ‘rigged’ against the development of this country, in which case, what has it got to lose by taking the unprecedented historical gamble of legalizing bitcoin as a formal currency? Bukele argues that fast device-based cryptocurrency payments may increase its GDP by up to 25%. After all, even if bitcoin’s value of late has dipped somewhat, it remains extremely high, and imagine the scale of cash that could be injected into the economy if it booms again.

But more interesting are the global political implications of this move. Will the adoption of bitcoin by a government lead to a fundamental rewrite of global currency and finance as we know it? Will it in turn undercut the role of the US dollar? Bitcoin is unique for the fact that it is politically autonomous, it is not governed by a central bank and is not an extension of global finance, for now, meaning if this decision is successful and takes off, it could, in the long term, potentially have huge ramifications for the United States by reducing the clout of the dollar.

Of course, there are drawbacks and limitations. Precisely because of the fact that it is not regulated, bitcoin is volatile and unstable, the rewards are big but so are the potential losses and risks. For example, would any legal and sensible business consider floating all their assets in bitcoin? Could El Salvador float its central bank on bitcoin and dump the dollar altogether? Could it become a medium for commodity trade? In the short term, these things seem untenable. The American dollar is the world’s dominant currency because it is perceived as stable, reliable, and secure. Bitcoin would need to mature itself from here on if it is to gain similar clout.

Yet, the rise of cryptocurrency in El Salvador is just part of a much wider trend around the world which is potentially undercutting the global use of the dollar. Politics has irreversibly damaged the USD. Abuse of American financial sanctions against Russia led Moscow to eliminate the dollar from its own sovereign wealth fund, replacing it with euros and Chinese RMB. Meanwhile, Beijing itself is steamrolling ahead with the ‘digital yuan’, a revolutionary new digital currency which will be the first of its kind in the world. Despite it being blockchain, the digital yuan is the ideological opposite of bitcoin because it is controlled by China’s central bank. Many believe this will serve to undercut the dollar and supersede its internationalisation.

In this case, whilst El Salvador is a small country with little more than 6 million people, it has nonetheless taken a huge, bold, innovative, and unprecedented step which may prove to be of great historical significance. If it facilitates such huge transfers of wealth into the struggling nation, then its domino effect could be huge. In any case, it is a glimpse of how a ‘post-dollar world’ may look, one where the increasing use of digital, alternative, and independent blockchain currencies effectively rewrites the rules of the system and, in the process, undercuts the longstanding monopoly of the greenback. This could prove to be a sea-change which puts Washington’s ability to spend astronomical amounts of money, while simultaneously running a deficit in the trillions, in long-term jeopardy.