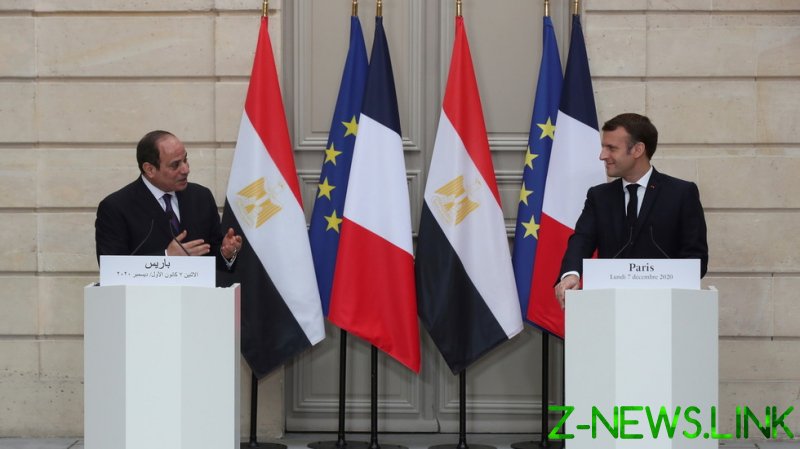 The joint military exercise in the Red Sea was confirmed by a spokesperson for the Egyptian military, Tamer al-Refai, in a Facebook post on Sunday. French carrier ‘Charles de Gaulle’ and Egyptian warship ‘Seem Al Fateh’ were present for the exercises, with helicopter maneuvers, defensive activities and other military actions undertaken by the two sides.

The event was described as a “brotherly and friendly” military exercise between two allied nations, improving training and reflecting a commitment to a shared goal, putting bilateral relations between Egypt and France back on track after last year’s cartoon controversy.

Following the murder of Paris schoolteacher Samuel Paty in October 2020, after he showed a cartoon of the Prophet Mohammed during a lesson about free speech, and two further extremis attacks in the country, a debate about Islamic extremism began by the French government.

The language used by French President Emmanuel Macron and the actions of magazine Charlie Hebdo, republishing the controversial cartoon, sparked anger in the Muslim world, creating a rift between Paris and nations that were considered allies.

French Foreign Minister Jean-Yves Le Drian visited Egypt in December 2020 to try and cool tensions, declaring that, while Paris will “always defend the freedom to practice Islam,” it is “also determined to fight against extremism and terrorism.”

Although, while the Egyptian government condemned violence by extremists, Sheikh Ahmed el-Tayeb, the country’s Grand Imam of Al-Azhar, was clear that “insulting our Prophet Mohammed” cannot be defended or pushed aside as free speech.