Home / Society / Egor Zhukov today will announce the verdict. For what it tried and why it matters

Egor Zhukov today will announce the verdict. For what it tried and why it matters 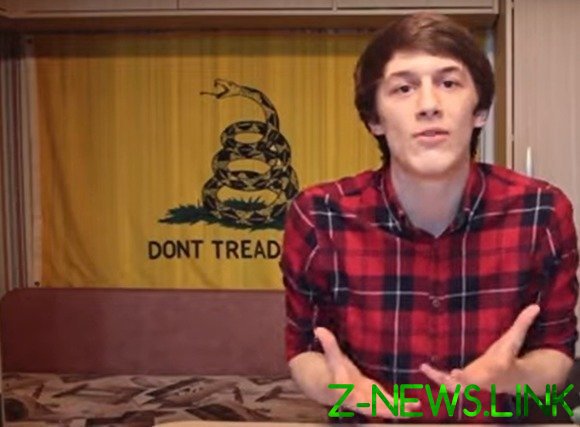 Kuntsevskiy Moscow court today, 6 December, will announce the verdict to the HSE student Egor Zhukov, accused of appeals to extremism for videos on YouTube. In the debate of the parties the public Prosecutor asked to appoint Zhukov a sentence of four years imprisonment. Two days ago Zhukov said in court the last word, referring to the Christian humanistic tenets and explained his vision of modern Russia — state, which, in the opinion of a young man deals with the fact that deliberately divides people, to save power. The iconic sentence Zhukov — he was called for a peaceful (and this is important) protest, but all the same got criminal case for extremism. So here’s how it turned out.

Egor Zhukov, 21 years. He graduated from the Lyceum № 1535, is now a student of the faculty of political science of the Higher school of Economics (HSE). The University was admitted without exams as the winner of all-Russian Olympiad in social science. For several years Zhukov is on your YouTube channel “Blog Zhukov”, which signed more than 115 thousand people.

In his blog, Zhukov criticized the Russian authorities, talks about the current news agenda, analyzes the actions of politicians, officials and security forces. It records video in the background of the yellow flag of the libertarian movement. Some of the videos are gaining hundreds of thousands of views.

“I tell you not only about how to beat Putin, but what to do afterwards”, he describes his video blog.

Zhukov was trying to get to the Moscow city Duma, was nominated as a team member Dmitry Gudkov, but could not collect signatures. A key point of his program was the requirement that citizens themselves controlled the spending of the taxes they pay.

After the arrest Zhukov was launched the biggest campaign in its defense. In support of mass made by other students, rector of the HSE and loyal city hall the candidate to the Moscow city Duma Valery Kasamara, as well as a number of media. Some of our students that are on a single pickets demanded the release of Zhukov, was detained.

Egor Zhukov was arrested on 2 August on charges of participation in mass riots (article 212 of the criminal code), during an unsanctioned rally on July 27 in Moscow, a month later, at the request of the investigation placed under house arrest, a period which is set to 27 December. Later SK the charges were dropped and brought new to public calls for extremism (part 2 of article 280 of the criminal code). The reason for the charges were the videos posted to YouTube.

We are talking about the four videos that Zhukov has posted on his YouTube channel from October to December 2017.

According to the “media zones”, the claim of the Prosecutor’s office called the commercials “the Meeting of October 7, or As merge protest”, “Boycott of elections is only the beginning”, “Peaceful revolution possible (the evidence)” and “Rallies? What’s next?” In these commercials Egor Zhukov calls for nonviolent protests. That we are talking about non-violent action, Zhukov repeats repeatedly. By the way, these videos are still available on the network.

At trial, the Prosecutor opened the charge thus: “E. S. Zhukov, feeling the sense of political hatred and enmity to the existing in the Russian Federation to the constitutional order, the system of state power and its representatives, as well as acting on the motive of ideological denial and personal dislike for him, knowing public danger and foresaw the inevitable occurrence of socially dangerous consequences in the form of destruction of social relations concerning the protection of the constitutional system, political system and security, rights and freedoms of man and citizen and to ensure that extremism, decided to draw an unlimited number of persons to his extremist activities” (stream “media zones”).

In response, Zhukov said that hatred of political opponents is not, and the fact that he participated in the Moscow city Duma elections is proof of its respect for constitutional order.

Zhukov said that the investigators first wanted to let him go, having mixed with another participant of the rally, but when he appeared in a video in which he was, changed his mind.

“Oh, come on, come on, tell me about your supervisors, as you coordinated riots!” — the words of the investigator boy.

The first witness was the employee of Institute of criminalistics SK Kirill Chmielewski, one of the experts who participated in the inspection video of the “Blog Zhukov”. During the interrogation, Chmielewski said that expertise was engaged atypical for his task: he needed to 132 download YouTube videos and make screenshots. All of this in one day because “otherwise they could be lost.” After questions from the public prosecution continued to ask one of the lawyers Zhukov Ilya Novikov. During the questioning the lawyer managed to find out that such a task Chmielewski received from the investigator, and the leadership encouraged him to cooperate. When Novikov asked why the Protocol says that the set of videos in which Egor Zhukov is engaged in active political agitation, Chmielewski said, “These statements also made by the investigator”.

The next speaker was the other expert staff of the Institute of criminalistics of the center of special equipment of FSB Alexander korshikov. He described how he conducted the examination:

“I take the penal code, read the title of articles read: like or not like. And from the point of view of linguistics compare words.”

Lawyer Ilya Novikov is told the examiner about the resolution of Plenum of the Supreme court, which prohibits the experts to give legal assessment to the acts.

Korshikova from the interrogation it becomes clear that the extremism he found, in four videos, three of them he combined into one unit.

According to experts, some videos Zhukov, speaking about the protest, stressed that we are talking about non-violent protest (though in other videos blogger about it constantly mentions).

By the way, in the process, it became clear that korshikova no special education — he was trained in 2016 in an unknown institution.

After questioning korshikova lawyer Novikov was asked to draw another expert, doctor of philological Sciences Nina Dobrushina. She graduated from the philological faculty of Moscow state University, defended his doctorate on the semantics and grammar and now works as a chief researcher of the international laboratory language convergence HSE.

Prosecutors requested the withdrawal of a specialist. According to them, Dobrushin biased and not competent enough.

In the end, the judge granted the Prosecutor’s request for disqualification of the expert, to make her not given.

The Commissioner for human rights in the Russian Federation Tatiana Moskalkova said she plans to evaluate the case of Zhukov after the court verdict. “The law does not allow the Commissioner to intervene in the investigation and trial, but when given a sentence to evaluate, to judge <…> This right is provided to the Commissioner, I intend to use,” — said Moskalkova Thursday on a single lesson “human Rights” at the Moscow state Institute of international relations (MGIMO).

She added that it is monitoring the case of Zhukov.