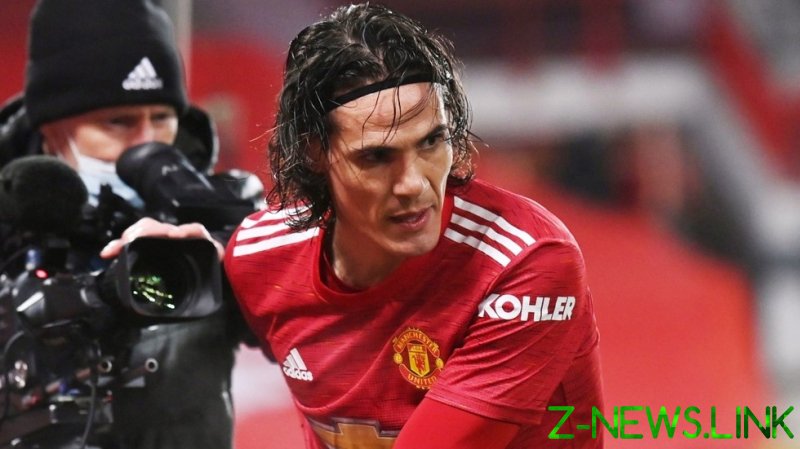 Cavani, who signed for United in October on an initial one-year deal after departing Paris Saint-Germain, was criticized for the content of an Instagram post before United’s Premier League game with Southampton.

The criticism eventually forced Cavani to delete the post and issue an apology after it was discovered that he used the word “negrito” – which translates as “little black one” – in the message.

Cavani’s three-match ban means he’ll miss out on United’s Premier League clash with Aston Villa, as well as the League Cup semi-final with Manchester City and the FA Cup clash with Watford.

Reporting the news of Cavani’s suspension and fine, a statement from The Football Association read, “A comment posted on the Manchester United striker’s Instagram page was insulting, abusive, improper and brought the game into disrepute contrary to FA Rule E3.1.

“The post also constitutes an ‘aggravated breach’, which is defined in FA Rule E3.2, as it included reference, whether express or implied, to color and/or race and/or ethnic origin.”

The news of the ban prompted plenty of reaction on social media, with one fan offering little sympathy for the Uruguayan striker, saying, “Welcome to the @PremierLeague Cavani. You don’t do that sh*t in England and go scot-free.”

Others claimed the fine and ban were far too hefty given the nature of the supposed misdemeanor.

Another suggested the punishment was uncalled for, saying, “Ridiculous. They took the word ‘negrito’ out of context. We use it to call our close friends. Instead, it should persecute institutional and media racism against players such as Marcus Rashford.”

Another offered a similar take, saying, “That is utterly ridiculous. The word basically means ‘mate’ in Uruguay. The word black in Spanish is ‘negro/a’ so are we gonna ban Spanish players who have ever said they have a black car because it is offensive in some contexts? F*ck sake.”