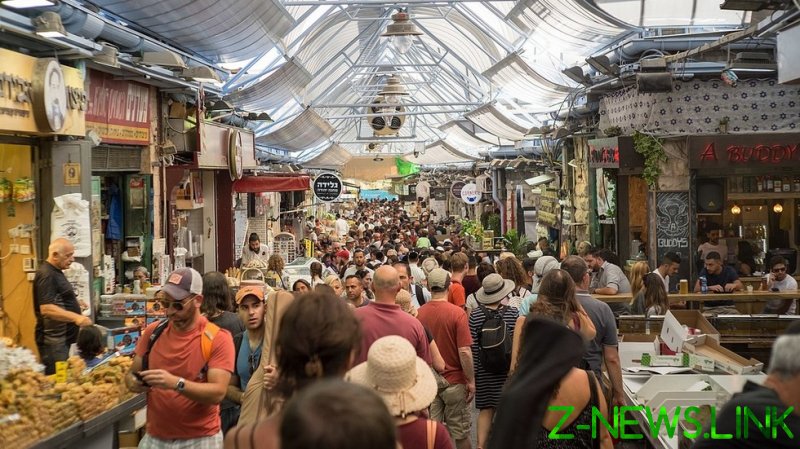 If Israel’s current birth rates continue, the Jewish state’s population will almost double by 2050, going from nine million to 17.6 million by the middle of the century. Given that the country’s population density has quadrupled since the 1960s, and is on track to outstrip even the tightly-packed Netherlands in the coming years, this poses a problem for Israeli leaders.

“By 2065 Israel is slated to be the second-most crowded nation on earth,” read an article in Haaretz earlier this year. “Can it continue to grow like Nigeria while maintaining a standard of living like the Netherlands?”

If a new study, reported on by Haaretz on Sunday, is to be believed, the answer is no. The study found that if Israel’s population continues to grow as it is, the country will lose 10% of its open spaces to housing, infrastructure, and large-scale solar energy projects needed to sustain it. Even if fertility rates decline moderately, the study claims that the country will need to double the rate of new home construction by 2040-2050, and will still lose 2.3% of its open space.

The study was prepared by Tzafuf, the Israel Forum for Population, Environment and Society, and compiled by Alon Tal, a professor at Tel Aviv University and Knesset member for the centrist Blue and White political party.

To avoid environmental damage and protect Israel’s nature reserves, Tal and his fellow scholars suggested some actions the Israeli government could take. These include paying economic incentives to small families, building denser housing in urban areas, banning single-family homes, and “avoiding the establishment of new communities.”

However, these solutions focus specifically on Israel’s own territory, when for decades the Jewish state has built settlements on the occupied lands that international law recognizes as Palestinian territory. Roughly 700,000 Israelis live in settlements in the West Bank and East Jerusalem, and another 20,000 or so live in the Golan Heights, seized from Syria during the 1967 Six Day War.

Though the number of Israelis living in these settlements never came near the two million proposed by Ariel Sharon in the late 1970s, successive Israeli leaders backed their construction. Former Prime Minister Benjamin Netanyahu courted the right wing and Zionist voting blocs by promising in March to “continue to build in the land of Israel” – explicitly referring to settled land as Israeli territory. His successor, Naftali Bennett, will likely offer no departure from Netanyahu’s position, and told the Knesset immediately after taking his post this month that he will “strengthen the settlements throughout the Land of Israel.”

Bennett and Netanyahu both believe that ‘Area C’ – a large swath of the West Bank under Israeli control since the mid-1990s – rightfully belongs to Israel, while the international community is calling on it to abandon the aggressive settler policy and de-occupy the Palestinian lands. The calls have for years been falling on deaf ears.

Should the predictions of the latest study play out, whoever is in charge in Tel Aviv will likely face increasing pressure to expand settlement activity. How that will go down in Washington, where President Joe Biden has requested a “freeze” on settlement expansion, remains an open question, and one that just might bring the US’ military, economic and political support for the Jewish state into question.

Yet all of that is hypothetical. For now at least, it remains highly unlikely that US-Israeli relations will suddenly get frosty, with the Biden administration and the new Israeli government now “building…mutual trust,” as former Israeli ambassador to the US, Michael Oren, told AP in wake of a high-profile meeting in Rome on Sunday.

Speaking with Israeli Foreign Minister Yair Lapid, US Secretary of State Antony Blinken brought up the need to engage with Palestinians, but also declared that the US is fully committed to Israel’s security. The actual uneasy talks, if there were any, are taking place behind the scenes as is customary with the Biden administration.

“I expect a change of tone rather than of substance… but there’s a possibility that it could produce something better for Israel,” former ambassador Oren said in summation.