Eaten alive brains: scientists are amazed by the strange death of bloodthirsty sharks 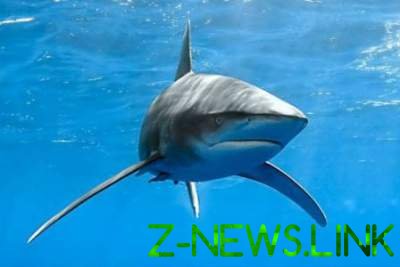 Off the coast of California found sharks with the eaten brain.

This statement was made by American scientists after the examination. Information about this appeared in National Geographic.

According to known data, in the course of the year thousands of sharks for unknown reasons, were thrown on the shore and were dying for water. Scientists are interested in these events, they could not understand the reason of such behavior of marine predators. Consequently, the specialists sent the bodies of dead sharks on examination. Thanks to the modern equipment was able to detect that the brain of these fish is damaged. After studying the experts have determined the cause of this situation.

See also:  Scientists have taken a big step in the field of DNA

It turns out that the brains of sharks has damaged the parasite Miamiensis avidus. He appeared in the bodies of weakened animals. The reason for this was the weather conditions. This year near California were often heavy rainfall, which changed the natural habitat of sharks, weakening their resistance to diseases. As a result, many individuals were victims of a parasite, eating away the brain.

See also:  Scientists have figured out why there were all alive

After this predatory fish has ceased to control their behavior EN masse and were thrown on the shore, dying on land.