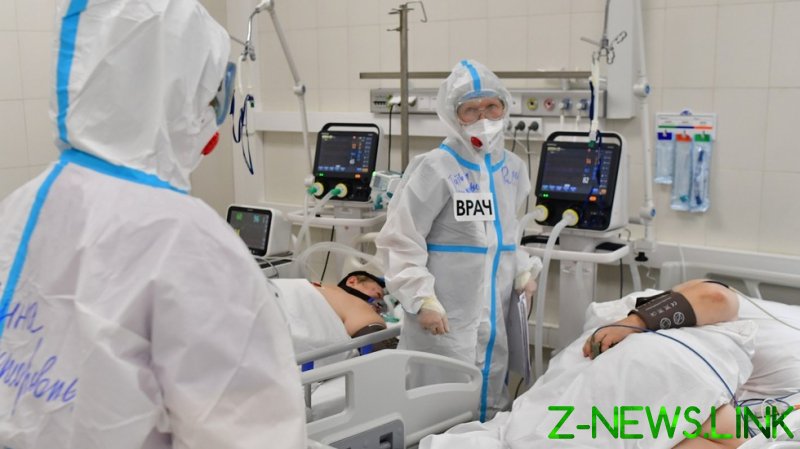 On Friday, Russian health officials announced that they had recorded the highest number of daily deaths from the virus since the start of the pandemic, with 1,163 people having passed away in the past 24 hours, taking the overall total to 236,220. Throughout October, the all-time record for mortality figures was set on a series of successive days, with the number of daily positive tests hovering around the 40,000 mark.

Earlier this week, a nationwide extension to planned national holidays came into force, with cities across the country facing new restrictions and employers advised to keep all workers home to curb the rise in infections. A number of influential business leaders have since called for vaccinations to become compulsory in the wake of shops and restaurants being ordered to close in Moscow, but the Kremlin has said it has made no decisions on tightening the rules.

Fewer than one third of Russians have received both doses of the vaccine at present, and on Thursday, Moscow said that the country was not hitting its vaccination target, with only 67.8% getting their first shot, out of an anticipated 80%.

However, similar waves of infections are hitting a number of other former Soviet Union countries, as well as much of Eastern Europe. On Tuesday, Ukraine called on its citizens to go and get vaccinated, after recording a new maximum number of deaths on Tuesday; 734 people are said to have passed away in a country with a population around a quarter the size of Russia’s. Only around 16% of Ukrainians have received both doses of a vaccine, and lawmakers have moved to ban government workers and teachers from refusing to get a jab.

In both Russia and Ukraine, and other parts of Eastern Europe, there are reports of thriving fake inoculation certificate schemes. Thus, the real numbers of the double-jabbed are likely, to varying degrees, to be lower than the official figures.

This week, Kiev said that it had no choice but to open up imports of oxygen from Poland to support hospitalized Covid-19 patients, with clinics in the Kherson region saying that their supplies would only last for another three days, after key producers of the gas shut down for “routine maintenance work.”

To the north, in the Baltic nations, hospitals are also reportedly approaching maximum capacity, with new waves of restrictions coming into effect. Latvia went into a partial lockdown on October 21 until mid-November. A nationwide curfew has been imposed and the government is enforcing the closure of most shops and event spaces. On Friday, the country also reported its highest number of deaths, 64, with an average of 2,506 new cases a day. Some 1,902,383 doses of the vaccine have been administered, which is enough to have immunized almost 50% of the population. One right-wing lawmaker sparked outrage earlier this month, blaming vaccine skepticism on the nation’s sizable ethnic Russian population.

In nearby Lithuania, where around 70% of the population has had both doses of a vaccine as of last week, three of the country’s largest hospitals earlier this month stopped admitting non-urgent patients due to a surge in Covid-19 admissions. Estonia, meanwhile, has warned that its hospitals could run out of beds by mid-November if current trends continue, with just over half of the country having been immunized.

Another Eastern European state, Romania has also re-introduced restrictions to try and limit a rise in cases, bringing in curfews and mandatory health passes for access to venues as of Monday. Only a third of the population has so-far been immunized, with a total of 46,430 official Covid-related deaths reported. Intensive care beds in the country are reportedly already at maximum capacity, and last week around 50 critically ill patients are said to have been transferred to hospitals in Hungary and Poland for treatment.

Belarus has largely resisted implementing lockdowns and restrictive measures in the past. Fewer than one in four of the population have currently been vaccinated and, despite an apparent lack of testing, oxygen supplies appear to have become a cause for concern in hospitals. Last week, Minsk announced it would cease exports of the pressurized gas, and stop providing routine medical care in order to focus on those critically ill with Covid-19.

Despite the surge in infections, a mask mandate was scrapped just two weeks after it was introduced. The country’s embattled leader, Alexander Lukashenko, has said that “it’s just over the top to send police to track down those who aren’t wearing masks… We aren’t the West.” His comments come amid an escalating standoff with Brussels over sanctions imposed in response to a crackdown on opposition in the country, following last year’s disputed presidential elections.