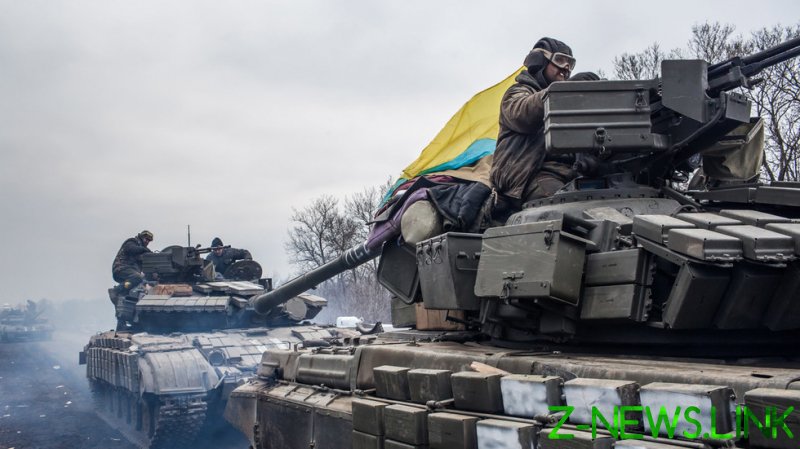 Full-scale war in eastern Ukraine can break out at any moment, with an attack by forces loyal to the government in Kiev, the head of the breakaway, unrecognised ‘Donetsk People’s Republic,’  Denis Pushilin, told Russian media on Friday evening.

“Kiev can start a full-scale assault on Donbass at any moment, the situation is critical,” Pushilin told Russian television, referring to the two self-proclaimed republics in eastern Ukraine.

Asked by the host if there will be a war, Pushilin responded: “Yes. Unfortunately, yes.”

His comments came about an hour after an explosion outside the Donetsk government building, which turned out to be a car bomb targeting regional police chief Denis Sinenkov. He was not injured in the blast. There were no reports of casualties, only material damage.

Pushilin called the bombing a “sabotage” in preparation for an assault by Kiev. Every critical infrastructure building in Donetsk is under guard and prepared for potential terrorist attack, he added. Ukraine has been denying any plans for attacking the breakaway regions.

Meanwhile, the authorities in Donetsk and neighboring Lugansk have announced an evacuation of civilians into Russia. Pushilin said that “hundreds of thousands” of people – mainly women, children, and the elderly – may end up getting evacuated, while men 55 and younger will be asked to stay.

The US and NATO have claimed over the past three months that Russia is preparing to “invade” Ukraine, to the point where the Kiev government asked them to tone down the rhetoric as it was spreading undue panic and hurting the country’s economy. Moscow has rejected the allegations as “fake news.”