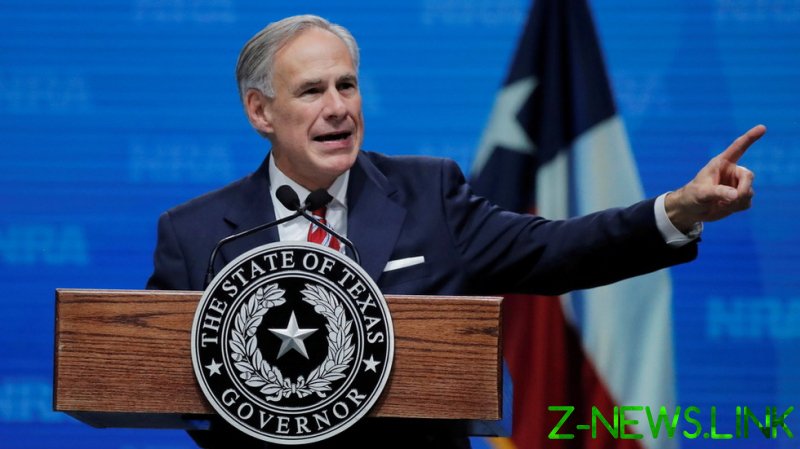 Abbott, a Republican, announced the passage of the Election Integrity Protection Act of 2021 alongside Lt. Gov. Dan Patrick and two Republican state senators on Tuesday. The bill “ensures that every eligible voter will have the opportunity to vote” by expanding the number of hours polling places stay open, “fixes [the] problem” of fraud-prone mail-in balloting by requiring ID, and makes ballot harvesting a felony in the third degree, the governor explained.

It was Abbott’s second attempt to pass the bill, the first having been scuttled by a cohort of Democrats determined to stop its passage, 57 of whom fled the state in July in order to prevent the House from achieving a two-thirds quorum required to move the legislation forward.

Democrats have argued that the bill is “racist” and amounts to “voter suppression,” insisting that the ban on drive-through and 24-hour voting would disproportionately affect minority communities. The latest version of the bill, however, removed a controversial provision that would have restricted Sunday morning voting. The proposal drew major pushback from critics, who deemed it an effort to quash a longstanding tradition among black voters to cast their ballots after attending church – known as ‘souls to the polls’.

The House and Senate passed the bill last Tuesday almost exactly along party lines, with just one Republican deviating to join the Democrats against the bill. Abbott signed it into law the following week. In addition to the aforementioned measures, SB1 expands voting access for those who need assistance, and bolsters transparency by allowing poll-watchers to observe more of the election process. Additionally, it prohibits distributing unsolicited mail-in ballot applications and permits anyone who has received a defective mail-in ballot to fix it.

“This bill will make it easier to vote and harder to cheat,” Abbott declared.

Democrats continued to oppose the bill, though some of their failed stunts – like an exodus of dozens of lawmakers in July to Washington, which led their Republican counterparts to threaten them with arrest – and a 15-hour filibuster were not repeated. While the fleeing Democrats were praised by Vice President Kamala Harris for walking out on the hot-button vote, they have also faced scorn after several of the lawmakers fell ill with Covid-19 after boarding a charter-jet junket to DC maskless.

The passage of SB1 makes Texas the 17th state to enact a version of voter integrity legislation in the wake of the highly controversial 2020 election, which was fraught with fraud allegations levelled by former Republican President Donald Trump amid unprecedented levels of mail-in voting due to the Covid-19 pandemic.