Home / sports / “Dynamo” has sent the Brazilian midfielder to rent

“Dynamo” has sent the Brazilian midfielder to rent 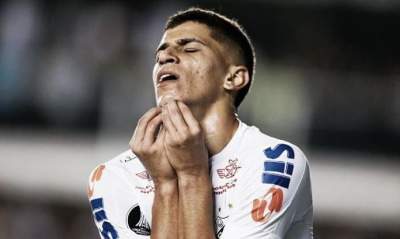 “Sao Paulo” officially confirmed an agreement with “Dynamo” 24-year-old Brazilian midfielder Vitor Bueno. The deal runs until the end of 2020.

Bueno moved to Dynamo last summer. Kiev has rented the Brazilian from Santos in a deal for Paraguayan Derlis Gonzalez.

To gain a foothold in the Ukrainian club Bueno could not – in Dynamo midfielder played only three matches and scored effective action.

See also:  Zozulya close to moving to the former club of Pele

The transition Bueno in “Sao Paulo” are likely to impact on the transfer plans of Shakhtar. “Miners” could have been “Sao Paulo” Wellington Nem, but now this deal is unlikely to happen.