“Dynamo” could lead a British coach 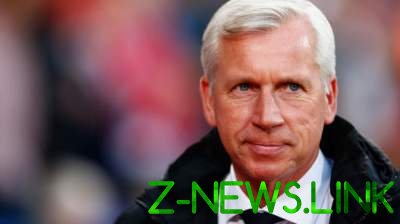 The President “Dynamo” Igor Surkis in the summer was negotiating with a famous coach of the English Premier League.

After the departure of Sergei Rebrov Dynamo have been looking for a new coach for the vacant post matchmaker Oleg Kononov, Leonid Kuchuk and other candidates, and eventually a new mentor “white-blue” became the ex-midfielder Alexander Khatskevich, who previously worked with the youth team.

According to the authoritative British newspaper “Daily Mail”, “Dynamo” before the appointment Khatskevich led the negotiations with the 56-year-old British specialist Alan Pardew. The details of the negotiations are unknown, Pardew due to the unwillingness to work outside England rejected the offer from the Ukrainian capital.

Work in the “Dynamo” Pardew chose to work as a television expert. In this role, the coach plans to stay until a decent offer from the English Premier League.

Under the leadership of Alexander Khatskevich Dynamo failed to reach the group stage of the Champions League. In the championship of Ukraine Kiev on seven points behind Shakhtar, the UEFA Europa League at the equator of the group stage with seven points and close to an early exit in the playoffs.