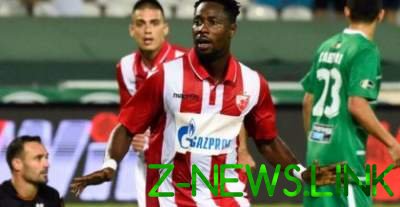 According to the information portal “SportsworldGhana”, “Dinamo” is a favorite in the fight for 24-year-old striker of the national team of Ghana. Kiev has made considerable progress in negotiations with “Crvena Zvezda”, and in the coming days the deal can get official confirmation.

Dynamo Boachi can replace the Congolese, Dieumerci Mbokani, whose current contract with the club expires this summer.

Boachi a few years ago was considered one of the most promising strikers in Africa. Potential newcomer “Dynamo” was signed in Genoa,
Sassuolo and Juventus.

In “red Star” Baci delivers the summer of 2016. In the first half of the current Ghanaian season in all competitions played 28 matches in which he scored 23 goals and gave 3 assists.

The current contract Richmond Baci with “Crvena Zvezda” will expire in 2020. Portal “Transfermarket” estimates of the striker to € 2 million.