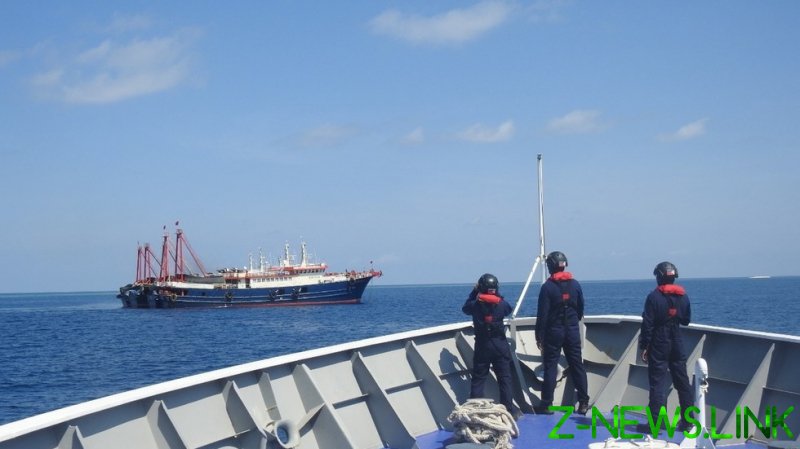 In a statement on Tuesday, Philippines President Rodrigo Duterte said Manila would not “waver” in its position on the South China Sea and vowed to continue maritime patrols in the disputed waters, despite Beijing’s protestations.

Duterte also clarified that his gag order, which stops ministers from talking publicly about issues relating to the South China Sea, must not be taken as a sign of weakness. “Our agencies have been directed to do what they must and should to protect and defend our nation’s interest,” Duterte said in a statement.

On Monday the president said in a televised address that only he would be allowed to engage in talk relating to the country’s maritime dispute with China. “This is my order now to the cabinet, and to all and sundry talking for the government, to refrain from discussing the West Philippine Sea with anybody,” Duterte said in a televised address, using the local name for the contested waters. “If we talk, we talk, but just among us,” he added.

Last week, Duterte defied Beijing’s calls for Manila to remove its vessels from contested waters. “We have a stand here and I want to state it here and now, again, that our ships there… we will not move an inch backward,” the president said, adding “I will not withdraw. Even if you kill me. Our friendship will end here.”

In April, Beijing demanded the Philippines remove its vessels from the contested waters and called on Manila to “stop actions complicating the situation and escalating disputes.”

Duterte has been frequently accused of being too close to Beijing but has remained critical of China’s claims in the South China Sea. Beijing says almost all the potentially resource-rich waters belong to China despite overlapping claims from the Philippines, Vietnam, Malaysia, Indonesia, Taiwan, and Brunei.