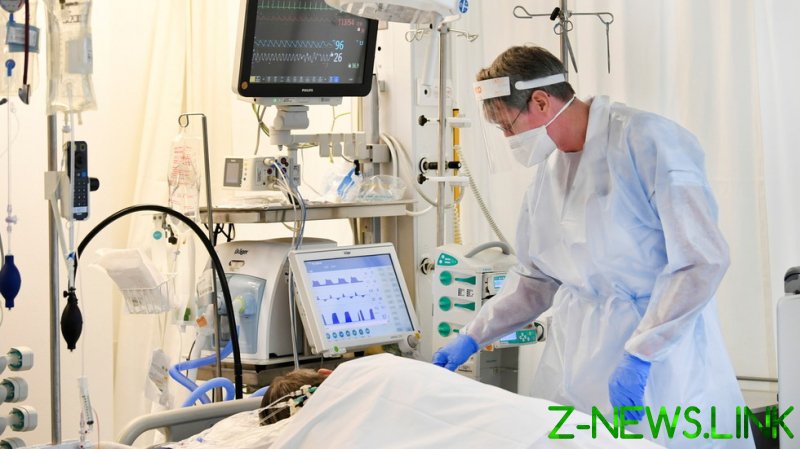 The Dutch Institute for Public Health (RIVM) reported a 24% increase in infections in the week to Tuesday, during which 1,234 Covid-19 patients were admitted to hospital – also a rise on the previous seven days.

The so-called UK variant of the virus, which is more infectious than earlier strains, comprises 75 percent of the country’s total infections, and the reproduction number has risen to 1.06, meaning the number of infections is increasing.

Amid the infection spike, Dutch hospitals are preparing for ‘code black’ – a scenario in which there are more patients than beds, the minister for medical care, Tamara van Ark, said on Tuesday.

“We are in the middle of a third wave,” she told the country’s Radio 1, explaining that she did not want to scare the public, but that ‘code black’ preparations are necessary “to be on the safe side.”

In an effort to curb the further spread of the virus, the Netherlands remains under a strict lockdown, including controversial 9pm to 4.30am curfews, and restaurants and bars are closed.

Last week, the government extended the health measures until March 31, to much public outrage, with a review due next week.

Anti-lockdown protests took place at the Hague on Sunday, where Dutch police were filmed dispersing those assembled using dogs, horses, and plainclothes officers.

In a matter of days, the country will be heading to the polls for a general election in which Prime Minister Mark Rutte and his conservative VVD Party are seeking a fourth term in office.