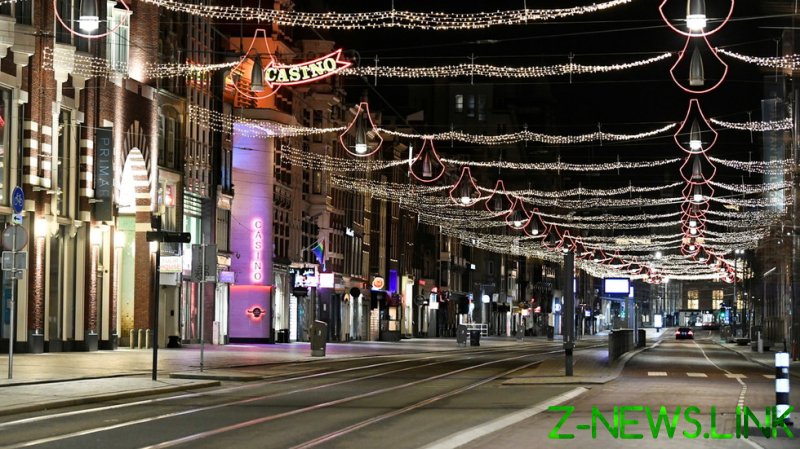 The emergency bill passed in a 45-13 vote on Friday evening, according to local media, upholding the nightly curfew in the face of an ongoing legal challenge to the restrictions, intended to stem the spread of Covid-19.

While a lower court ruled in favor of Dutch activist group Viruswaarheid (Virus Truth) on Tuesday, deeming the 9pm curfew “not legitimate” and a “far-reaching violation of the right to freedom of movement and privacy,” the decision was swiftly reversed on a last-minute appeal from the government. The court reconvened on Friday to rule on the issue, but decided to take another week to reach a final verdict and is set to meet again on February 26.

Following Tuesday’s dueling court rulings, Prime Minister Mark Rutte introduced emergency legislation to buoy the curfew order, rushing the bill through the lower house of parliament before senators passed it on Friday. The law keeps the curfew in force at least until early March, though it is unclear what effect the legislation will have should judges rule the restriction illegal next week.

Imposed on January 23 and extended to early March last week, the curfew order requires citizens to stay home between 9pm and 4:30am each day unless they can provide a valid rationale for leaving – such as a medical emergency or travel for “essential” work – with violators facing fines.

Condemned by groups like Virus Truth as a blatant violation of the Dutch constitution and basic human rights, the curfews have stoked heated protests across the Netherlands. Demonstrations during the first days of the curfew last month descended into violence and rioting, seeing cars torched, businesses looted and street clashes with police, one of the most serious bouts of unrest in the country in decade.