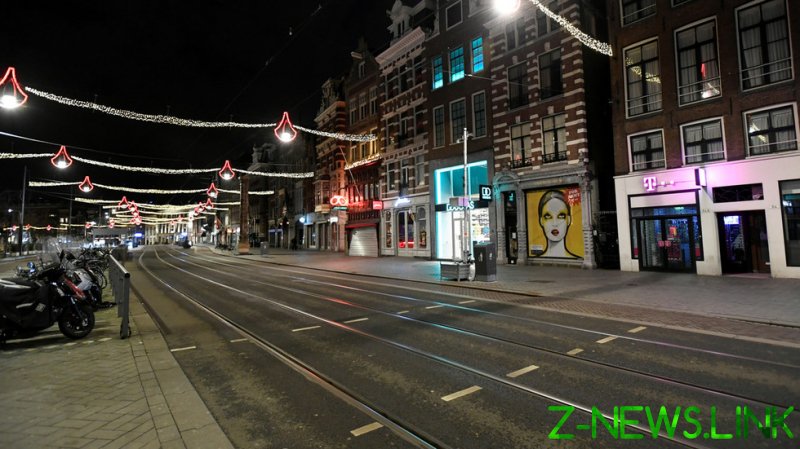 A three-judge appellate panel granted an emergency injunction following a request from the Dutch government on Tuesday, agreeing to vacate the earlier order from a lower court to end the nightly curfew, DW reported. The decision came just moments before the 9pm curfew was set to take effect, with the judges scheduling a full hearing on its legality for Friday.

The appeals judges argued that they wanted to avoid what they called a “yo-yo effect,” referring to public confusion around whether the curfew was still in force, adding that “in this case, the state’s interests weigh more than that of Virus Truth’s,” the activist group that brought the initial complaint against the curfews to court – also known by its Dutch name, Viruswaarheid.

A ruling from a district court judge earlier on Tuesday deemed the curfew policy had exceeded the government’s legitimate authorities, namely its use of the Extraordinary Powers of Civil Authority Act, which allows the state to bypass the legislature to impose curfews under certain circumstances.

While the Dutch Justice Ministry noted it was reviewing the decision after it was handed down, Prime Minister Mark Rutte continued to insist the curfew would be enforced regardless, urging citizens to “keep respecting the curfew” even if the government’s appeal failed. Later on Tuesday night, Rutte tweeted: “Curfew applies, even tonight. The coronavirus is not yet under control. It remains important to stay at home, meet as few people as possible, and adhere to all measures, such as curfews.”

The successful appeal prompted a harsh rebuke from the founder of Virus Truth, Willem Engel, who has helped to organize a string of protests against lockdown policies in the Netherlands.

“You are making a big mistake,” Engel told the appellate judges. “This is unacceptable. You have to explain yourself before a judge.”

Imposed on January 23 and extended to early March last week, the curfew order requires citizens to stay home between 9pm and 4:30am each day unless they can provide a valid rationale for leaving – such as a medical emergency or travel for “essential” work – with violators facing fines.

Condemned by groups like Virus Truth as a blatant violation of the Dutch constitution and basic human rights, the curfews have stoked heated protests across the Netherlands. Demonstrations during the first days of the curfew last month descended into violence and rioting, seeing cars torched, businesses looted and street clashes with police, one of the most serious bouts of unrest in the country in decades.