Home / WORLD / Dutch court orders Shell to cut emissions, showing us who’s in charge (Hint: It’s not the people or their elected representatives)

Dutch court orders Shell to cut emissions, showing us who’s in charge (Hint: It’s not the people or their elected representatives) 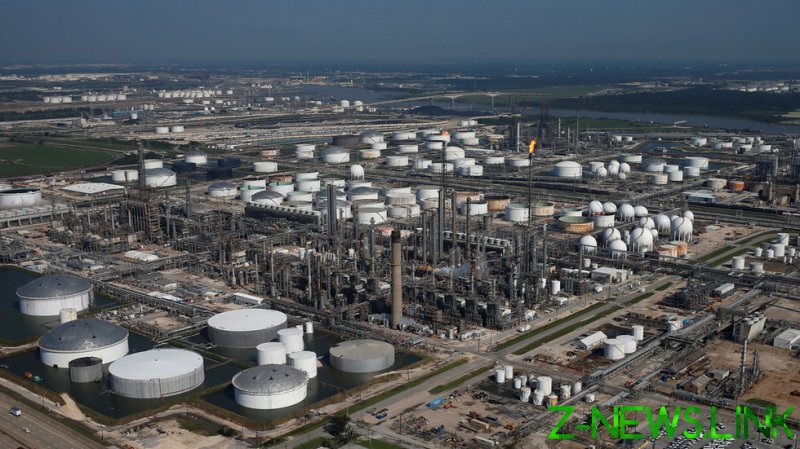 A district court in The Hague ruled on Wednesday that Shell must slash its CO2 emissions – those from its own operations and its products – by 45% by 2030. The company was targeting a 20% reduction in the carbon intensity of its energy products by 2030, 45% by 2035 and 100% by 2050, but the court found that wasn’t aggressive enough to comply with the Paris Climate Accord.

However, Shell wasn’t a signatory to the Paris deal. While arguing that its own carbon targets were in line with the accord, it also made the bigger point that it’s the responsibility of governments to implement the Paris targets.

That’s an important distinction. The Netherlands ratified the Paris agreement in 2017, and its lawmakers were free to pass whatever legislation would be needed to meet the country’s emissions obligations. But they and their EU counterparts in Brussels are subject to push-back from voters, at least to some degree – supposedly a fundamental feature of democracy. “No taxation without representation” was a rallying cry of the American Revolution.

Wednesday’s court ruling dismissed that notion, finding that there has been “broad international consensus” for non-state action on climate change, and that “the interest served with the reduction obligation outweighs the Shell group’s commercial interests.” Judge Larisa Alwin agreed with the activist group that led the lawsuit against Shell, saying the company knew for many years that CO2 emissions were harmful, and it had a “duty of care” to get in line with the Paris agreement.

Activist groups, including plaintiff Friends of the Earth, rightfully and gleefully pointed out that the court order marks a “turning point in history.” It’s the first time that a major emitter has been ordered to comply with the Paris deal and could lead to more businesses, especially big oil companies, being ruled by “broad international consensus.”

It’s no longer good enough to follow the laws of the nations in which you operate. Nor is it sufficient for management to focus on meeting fiduciary duty to shareholders, as required of publicly traded companies. In fact, it’s not possible to put shareholders first when a judge decides that serving globalist orthodoxy should come before “commercial interests.”

The court’s ruling is not only anti-democratic, but also anti-capitalist. Shell is presumed to have a “duty of care” to serve the public good – at least what people like Jean-Claude Juncker, Al Gore and Klaus Schwab decide is for our good – not shareholders. Court-enforced altruism nullifies the capitalist notion of everybody doing the best they can for themselves in a free-market system that ultimately creates greater prosperity for all.

Who’s to say what the public good is? Some might argue that $15-a-gallon gasoline prices, a vegan diet and coffin-sized apartments would be best for us. Some would argue that by drilling for oil and natural gas, Shell and other oil companies have helped create a more prosperous society by providing the energy to fuel our modern standard of living.

But even if there’s no dispute over a supposedly broad consensus, requiring companies to do not only what’s legal but also what we deem to be best for the public good is a slippery slope. Doesn’t Coca-Cola know that the high-fructose corn syrup in its soft drinks is harmful? What do you suppose is a greater health risk – the emissions from your neighbor’s Toyota Camry, or the MSG and saturated fat in that bag of potato chips?

A more radical thought would be requiring governments to halt activities that they know to be harmful. How would all of Washington’s bogus wars and regime-change campaigns stand up to the standard set by the court for Shell’s duty of care?

Shell, which had already been considering a move of its headquarters to London from The Hague, plans to appeal Wednesday’s ruling. Win or lose, the Dutch court pushed us further down the road to enforced “consensus” over free society.