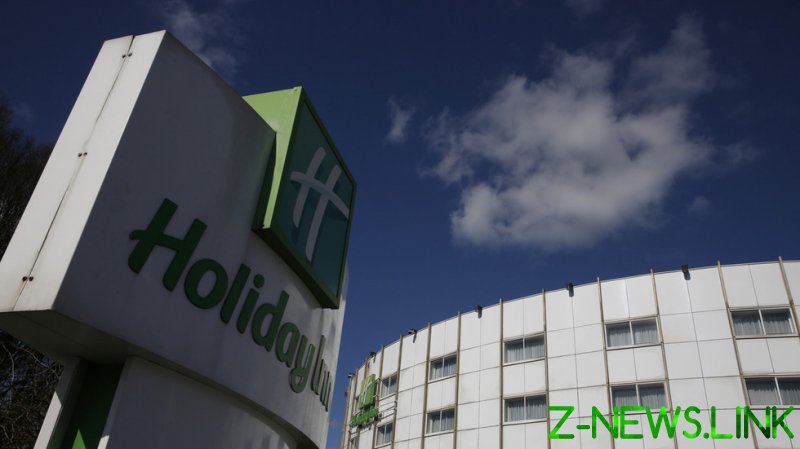 As the British government deliberates over a decision to force everyone arriving in the UK into hotel quarantine, it all seems so familiar… and that’s because this issue has been with us before and BoJo made a balls-up of it then.

So, here we are, revisiting the same problem with the same dire warnings ringing in our ears as when quarantine was first explored last year.

In August, the World Travel and Tourism Council estimated that the lack of visitors caused by the coronavirus pandemic and associated travel bans would cost the UK £700 ($965) a second in 2020. That wasn’t the only grim news for the travel industry and wider economy.

Back in May, more than 70 travel industry bosses signed a letter pleading, unsuccessfully as it turned out, for a plan to make people arriving in the UK quarantine to be scrapped.

“The very last thing the travel industry needs is a mandatory quarantine imposed on all arriving passengers which will deter foreign visitors from coming here, deter UK visitors from travelling abroad and, most likely, cause other countries to impose reciprocal quarantine requirements on British visitors,” they argued at the time:

They were right then, and they are still right now.

The quarantine requiring arriving travellers to self-isolate at their destination was a joke. Lack of adherence to the rules was widespread, while nobody – and I mean nobody – seemed to be enforcing them anyway. Of the 12 million arrivals to the UK since June 2020, only three percent – 400,000 – were checked to ensure they were quarantining.

On day one of the new regime, I recall a nightly television news crew dutifully ventured out to Heathrow Airport where it leapt upon a bewildered-looking chap wheeling his trolley out from baggage reclaim. “What have you been told about the UK quarantine rules?” demanded a reporter, to which he replied, “What quarantine?” So much for that, then.

Innocent tourists aside, enforcement tended to be, at best, haphazard and by early August, when quarantine had been imposed, lifted and imposed again, only 10 people in the entire UK had been issued fines for breaching the rules.

Now all travellers arriving in the UK, even those who live here, look like they’ll be shut up in quarantine hotels for the opening days of their visit, or upon their return home, as the border rules are tightened. But those contemplating a nice stay at the Hilton, the Marriott or the Radisson, courtesy of Her Majesty’s Government, are in for a rude shock. Because they’ll have to foot the bill for their full stay.

Estimates currently put the 10-night stay at around £1,500 ($2049) a person, or £2,000 ($2732) a couple, meaning travel really will become the preserve of the affluent – and masochistic. Being cooped up in a room with guards in the corridor and a daily visit from a nurse will quickly turn from novelty into tedium.

Guests will be denied the experience of that couples’ massage in the spa or swimming gentle laps of the heated pool, with the most excitement on offer limited to sitting on a large bed in air-conditioned comfort, idly watching through triple-glazed windows as planes land and take off, while emptying the mini-bar of its over-priced contents.

And that’s only if you manage to snaggle a room at a five- star establishment. Because industry experts say the hotels near Heathrow can only provide 10,000 rooms and they won’t go far, even with the reduced number of inbound flights at the country’s largest airport.

That means some arriving passengers will have to rough it for the duration of their quarantine at the less-salubrious establishments in the area. And that can be unpleasant if the reviews on Tripadvisor are to be believed.

One traveller described his chosen accommodation near the airport as, “Dirty, smelly, uncomfortable…never again, ever. The bus stop over the road would have been a better option.” While a fellow adventurer at the same place wrote, “Dirty, noisy and very uncomfortable! I wasn’t expecting the Ritz at this price but the place was like a brothel!”

With this warm welcome awaiting some unsuspecting tourists, you can understand if they might fancy their chances against Covid-19 in lieu of enduring this unique British hospitality for 10 nights.

While under-par hotels might be an issue, we would hope that Australia’s experience of security guards having sex with the quarantine guests they were supposed to be monitoring won’t be a problem here.

This time, however, in imposing quarantine on the masses, the government has fear on its side. Not just of the coronavirus itself, but of the dreaded mutant variants. Forget about the UK, South African or Brazilian variants, Covid-19 has become a Boggart for some, Health Secretary Matt Hancock being a case in point.

Described on a Harry Potter fan site as “an amortal shape-shifting non-being that takes on the form of its observer’s worst fear,” a Boggart is clearly what haunts Hancock judging from his weekend admission that “The new variant I really worry about is the one that is out there that hasn’t been spotted.”

Soooo, his worst fear is something that exists only in his own imagination. Time for a lie down, Mr. Health Secretary.

Fear is a powerful weapon in politics, often wielded to coerce a resistant population into line and we have certainly seen it used often over the last year as the government has sought to impose and extend punitive lockdown restrictions on us all.

Now, however, it’s not hugging granny, failing to wash our hands or deaths in care homes and NHS wards that we must fear, it’s apparently an unknown variant of coronavirus that has yet to even materialise anywhere.

It is, in other words, a Boggart and we’re about to quarantine hundreds of thousands of visitors because of it. I’m tempted to say, ‘You couldn’t make it up,’ but JK Rowling already has.