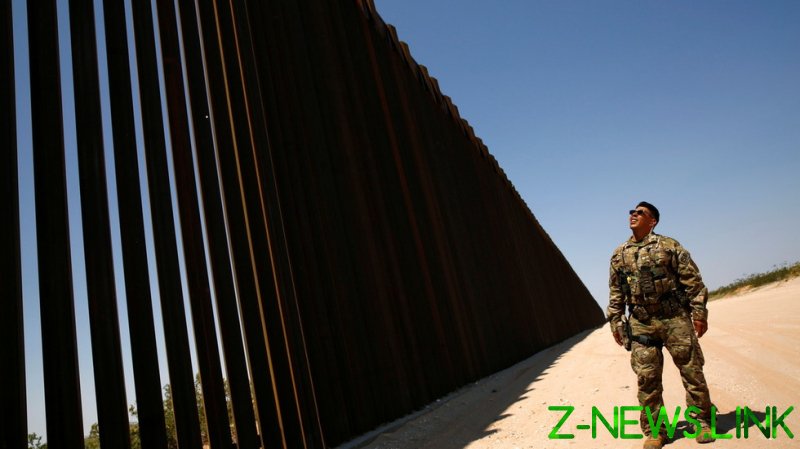 “If you give one person legal status there will be a run on our border like you have never seen before,” the South Carolina Republican warned during a Fox News appearance on Monday, calling it “the dumbest idea in the history of the Senate, the history of the White House.”

Graham added that tying the amnesty resolution in with a hotly-anticipated (and hence must-pass) infrastructure bill would constitute a “power grab” that has “not a damn thing to do with infrastructure.”

The senator accused Senate Majority Leader Chuck Schumer of attempting to set a timetable for debating the bill Wednesday even though it hadn’t actually been completed, accusing the senator of “trying to blow this effort up” by “filing cloture on a bill that doesn’t exist.” He suggested President Joe Biden, hardly a natural ally of the Republican Graham, “get on the phone to Schumer and tell him to stand down.”

Attempting to ram through the measure with immigration tacked on would wreck the hard-fought bipartisan “effort to find common ground on infrastructure regarding roads, bridges, and ports,” Graham lamented.

Further compounding the pressure, a group of Democratic House members delivered a letter to the Chairs of the House and Senate Committees on the Budget last week, urging them to include “bold reforms to our immigration system” in their budget resolution for 2022.

In the letter, Democrats said they stand “ready to work with [committee chairs] to pass immigration reform through the budget reconciliation process” – a procedure which could help them bypass the Senate’s filibuster, which could otherwise derail Democrats’ ‘dreams’ – literally and figuratively. All 50 Democratic senators would have to fall in line for reconciliation to work, and a number of senators have voiced concern that the procedure – typically used only for relatively uncontroversial issues – won’t hold up for such a hot-button issue as immigration policy.

Despite running with immigration reform as a central plank of his platform, President Joe Biden’s promised fix for the US’ ongoing immigration headaches has not yet materialized. The appalling conditions in which illegal immigrants are being held at the southern US border have both parties up in arms, denouncing the separation of migrant families and their alleged use as a political football, tugging at heartstrings for political points.

Biden appointed Vice President Kamala Harris to lead the response to the immigration crisis ​​– a move that won him no political points, particularly after it took three months for the VP to even make a trip to the border.

Democrats also received an unwelcome surprise last week after a judge declared DACA – the ‘Dream Act’ – illegal, pulling the rug out from under what had long been seen as a reliable first step to citizenship for hundreds of thousands of illegal immigrants.

The program’s protection for those whose parents entered the country illegally continues to protect existing ‘dreamers’ already taking advantage of its pathways to citizenship, but new applications are frozen after a judge ruled the program itself illegal on Friday, and there does not seem to be any indication the Biden administration plans to follow up on the decision by expelling ‘dreamers’.