Stephen king needs no introduction. The acknowledged king of the horror genre, one of the most filmed contemporary writers, classics of literature… Every new novel I look forward to, and, although in recent years Stephen has somewhat changed his style that annoys many fans, but, nevertheless, the lack of those who lack the horror as such are not confused. Yes, the old king can no longer frighten us as before… But, perhaps above all, it is because his books and sent some to another.

Thus, the previous Roman Masters, “History of Lizzie”, was unusually deep, touching and personal – Regular Readers managed to see the main character, the writer’s wife, Tabitha king. That turned out the book is not just another horror, and just a very good piece of contemporary literature. It is an ode to his sole and constant companion, shaped in the form of the novel. You were expecting a horror? Well, somewhere you got them… But, of course, are not quite what you wanted. But don’t be works of Stephen it worse? How can you call stunning masterpieces “Rita Hayworth and the Shawshank redemption”, “Dolores Claiborne” and a number of other horrors? In the usual way. But on the other hand, our favorite “dark” genre includes much more than just horror and Ghost stories. The “dark” genre – it is life itself. And what could be worse?..

What was that little Intro… the Thing is that picking up a new novel by Stephen king “Duma-Ki”, you should at least roughly represent what you will. Or to be more precise – need to ask yourself is, what do you expect from the book did You? If pure horror – it is better to postpone “Duma-Ki”. To the best of times.

So, a little about the plot. The protagonist of the novel – a successful worker in the construction industry Edgar Fremantle. He’s rich, successful, happily married and has two adorable daughters. However, it was early. When we meet Edgar, he is absolutely other – as a result of the accident the poor man turned into a one-armed cripple from blackouts and uncontrollable fits of rage. The wife, unable to make more of life together with a half-crazed man, leaving. The current situation is simple suicide, but a surprise to Edgar’s conversation makes him change his decision. He decides to try to start life anew and moved to a small island Duma Key.

In the picturesque village of Edgar remembers his old passion when he painted. And suddenly the former businessman discovers his fantastic talent. Against the background of these developments, we can observe the unfolding struggle of Edgar himself: his weakness, pain, memory… And every little victory we rejoice with him. But the movie, written by Edgar, are becoming more and more real… And the longer he lives on Duma-Ki, the more he draws, the more sinister it gets a gift…

The novel was good. And the best part is a leisurely story about the everyday life of the protagonist. Almost half the book is not happening anything interesting from the standpoint of mysticism – the usual domestic issues the main character, accompanied by his constant pain. Probably many this period will seem slow, boring, uninteresting… However, the depth of this prose to evaluate it is possible and necessary. All the beauty of the language of the king found here a reflection – so to talk about normal things, not everyone can.

At the beginning of my review, I mentioned that “the Story of Lizzie” – an ode to the wife of Stephen. But “Duma Key” with some hand – autobiography of the writer. No, of course the king two-hand (PAH-PAH-PAH) and the mystical paintings he draws (although who knows?) but we all remember the accident with him, and a long recovery period. So it seems to me that all the pain he put in the novel “Duma-Ki”. And this book was Alive. But that king failed badly – so it is direct horrors. Yes, there are monsters. But they don’t seem real, especially compared to the very Fremantle Edgar – lively and very interesting. But all the main action came in the second half. But to read it personally I have been a little boring.

To summarize. I recommend the book to all the Regular Readers of Stephen king, and the people who love good prose. Fans of “just horror” it is better to pass – to the mystical component of the novel yet to be reached, and not so it is good.

PS: the novel “Duma-Ing” resulted from the other works of Stephen king – story “Memory” (2006). In Russia, the “Memory” left in the AST a single book together with the story of the “blaze”. 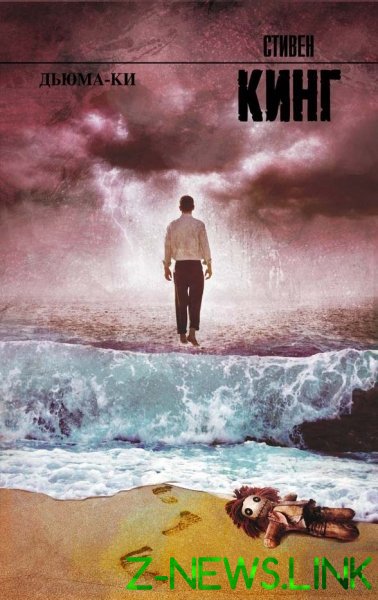