Duke of Edinburgh, husband of Queen Elizabeth, dies at 99 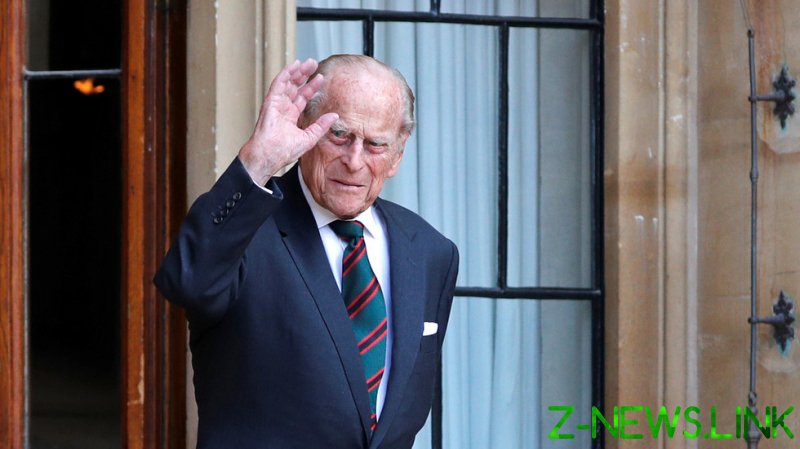 “It is with deep sorrow that Her Majesty The Queen has announced the death of her beloved husband, His Royal Highness The Prince Philip, Duke of Edinburgh. His Royal Highness passed away peacefully this morning at Windsor Castle,” the statement read. The Duke was married to the Queen for over 70 years, and was the longest-serving consort in British history.

Prince Philip was admitted to hospital on February 16, after feeling unwell, but was released a month later, having undergone a successful procedure for a pre-existing heart condition.

The son of Prince Andrew of Greece and Denmark and Princess Alice, Philip was born on the Greek island of Corfu in 1921, but primarily raised in Britain.

He renounced his right to the Greek and Danish thrones in 1947 and took his mother’s surname, Mountbatten. Philip married Elizabeth Windsor, a distant cousin, later that year – five years before her ascension to the British throne in 1952.

The young Philip had a turbulent early life. His parents separated while the Duke was still a boy, and Princess Alice was diagnosed with schizophrenia and committed to an asylum in the late 1920s. As a child, Philip moved from Greece to France, to Britain, and then to Germany for his education, returning to the UK in the mid-1930s amid the rise of Nazism in Germany.

His biographers describe his time in Britain as calm, though tragedy struck the young royal in 1937 when his sister, Cecile, and her German husband, along with their family, were killed in a plane crash at Ostend.

Among his many blunders, Philip once asked British expats in Dubai if they were “running away from something” and told the President of Nigeria, who was wearing national traditional dress, that he looked like he was “ready for bed.” In 1998, he told a cash-strapped student to consider living in a hostel to “save cash.”

“If you stay here much longer, you’ll go home with slitty eyes,” he told a British student studying in China in 1986. He also referred to places as near and far as Stoke-on-Trent and Beijing as “ghastly.”

He was also known for some self-deprecating humor, remarking on his marriage in 1999 that the Queen “has the quality of tolerance in abundance.”

Philip retired from public engagements in 2017 after seven decades of service. Before Queen Elizabeth’s coronation the Duke served with the Royal Navy from January 1940 to the end of World War II.

In addition to his royal duties, he also served in the role of president of the World Wildlife Fund between 1981 and 1996, as well as engaging in other philanthropic endeavors.

The Duke was involved in a road accident in early 2019 when he collided with another car and his Land Rover flipped over. He had been suffering ill health in recent years and was admitted to hospital multiple times, including for a hip operation in 2018 and an infection in 2017, and most recently for treatment of a “pre-existing condition” in 2019.

As the Duke aged, the British tabloid press often speculated about his deteriorating health. They reported in 2011 that he had given up his hobby of shooting after receiving a stent in his heart, and as the coronavirus pandemic spread in 2020, they reported on his isolation in Windsor Castle, watchful for any signs of ill health.

However, both Philip and the Queen received their vaccinations against the virus in January.