Due to the shelling in the Donbass wounded one Ukrainian soldier 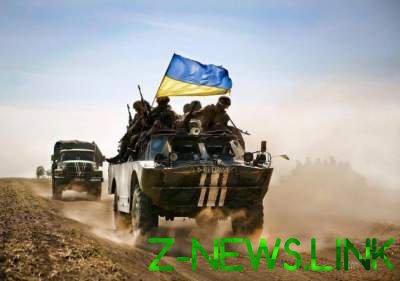 The separatists during the day, 20 times opened fire.

At the end of the last days the situation in the ATO area and continued to remain tense. In the direction of Donetsk, which until then had been hot, the firing activity of the enemy has shifted to the coastal areas, where the enemy increasingly began to use mortars.

This reports the press service of staff ATO.

So, night fighters 4 times hit from an 82-millimetre mortars, anti-tank grenade launchers, small arms of the defenders of Gnutovo. Also, the invaders used mortars caliber 82 mm at Water and Pavlopol.

See also:  Ukrainian athlete vying for the title of Rising star of Europe

In Donetsk direction of the “hot spot” remains Avdiivka industrial area. Here at the end of the day the Russian occupation groupings twice fired at our strong points of heavy machine guns and small arms. As a result of grenade fire, near Sands received a combat injury of one Ukrainian soldier.

At the direction of Lugansk under fire from rocket-propelled grenades and small arms were our positions on the outskirts of Stanitsa Luganskaya.

See also:  In Ukraine, called the new timing of the return of Donbass

In just the past day illegal armed groups 20 times violated the truce. ATO forces 16 times used the weapon to defeat the enemy. As a result of combat action one Ukrainian soldier received a combat trauma. 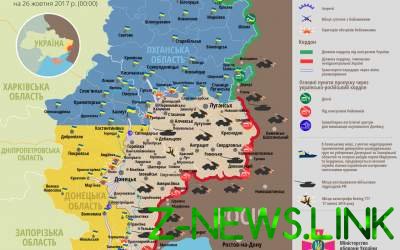