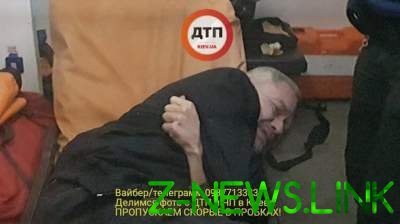 He tried to hide in the ambulance, he was arrested.

In Kiev at the turn of the Kiev near the Zhitomir highway took a drunken accident, which became the judge of the White Church.

“The driver of the Ford, moving from Belogorodka in the direction Zhytomyr highway, lost control, went into oncoming traffic and crashed into a Renault, but flew into a ditch and overturned on its side. Renault driver with serious injuries were hospitalized,” – said in the message.

“Driving a Ford was a local judge – Sochi Dmitry Dmitrievich, who was in an alcohol intoxication. He tried to escape in the ambulance, he was detained”, – the community.