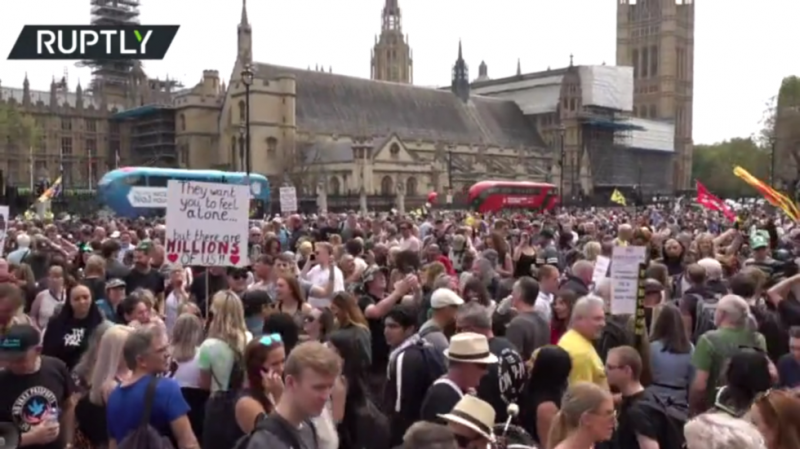 In the latest weekly demonstration, tens of thousands marched through the streets of the British capital under the banner “Unite for Freedom”. The rally brought together groups of people who are variously unhappy with the prolonged lockdowns imposed by the government, mistrustful of Covid-19 vaccines and harbour anti-government sentiments.

Politician David Kurten, formerly of the UK Independence Party, estimated that the gathering was larger than the one held last weekend. “We are all out, normal people, not wearing any masks, not taking any vaccines, demanding that the government give us back the civil liberties that they never had the right to take away,” he said, summarizing the protesters’ cause.

Anti-lockdown protests similar to the one in London have been happening on a regular basis in many Western countries and are sometimes met with police action.

In the UK, the mistrust in government policies has been fuelled by an often-shifting narrative, which started with a call to endure a short period of restrictions to “flatten the curve” of Covid-19 infections and protect the National Health Service from being overwhelmed, but instead went on for months.

Boris Johnson’s government has warned that outbreaks of the ‘Indian variant’ of Covid-19 could slow down the promised easing of restrictions in the country. Pubs and restaurants in England have recently been allowed to serve customers indoors in groups of up to six – or two households – once again, and other public venues have had their restrictions partially lifted. Outdoor public gatherings are normally restricted to 30 people, and social distancing between groups is advised.