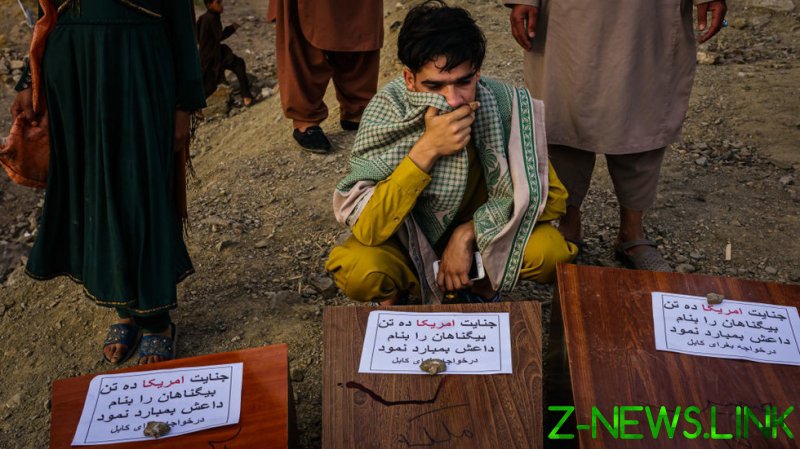 The US Air Force’s inspector general investigated the August 29 drone strike and found no violations of law, but left the decision to discipline, reprimand or demote the people involved to the commanding officers. Austin agreed with the recommendations of Central Command Chief General Kenneth F. McKenzie, Jr. and Commander of U.S. Special Operations Richard D. Clarke that no punishment was necessary, the New York Times reported on Monday.

Lieutenant General Sami Dia Said, who led the Air Force’s IG probe, told reporters at the Pentagon last month that just because he didn’t call anyone out over the botched strike, it didn’t mean the command would not.

The Pentagon has not yet officially commented on the matter. The Times quoted a senior official speaking on the condition of anonymity.

For two weeks after the strike, the US military maintained it had been “righteous” and killed a “facilitator” for Islamic State Khorasan (ISIS-K), a terrorist group that took responsibility for the suicide bombing at the Kabul Airport that killed almost 200 people, including 13 US troops. On September 17, however, McKenzie acknowledged the strike “was a mistake” and offered condolences to the surviving family of Afghan charity worker Zemari Ahmadi and nine others, including seven children, who were killed.

Ahmadi worked for Nutrition & Education International, a California-based charity. His white Toyota wasn’t carrying explosives but rather water, and the children flocked to greet him when he returned to work.

“How can our military wrongly take the lives of 10 precious Afghan people, and hold no one accountable in any way?” NEI founder and president Steven Kwon told the Times, calling the decision “shocking.”

Kwon said he had been “beseeching” the US government for months to evacuate the NEI employees from Afghanistan, which apparently has not happened yet. Pentagon spokesman John Kirby said last week that the military has been “trying to get the necessary information in place” to both conduct the evacuations and send condolence payments to Ahmadi’s surviving relatives.