Home / WORLD / Dream of alliance from Lisbon to Vladivostok dies: German efforts to create a Europe without Russia forged a Europe against Russia

Dream of alliance from Lisbon to Vladivostok dies: German efforts to create a Europe without Russia forged a Europe against Russia 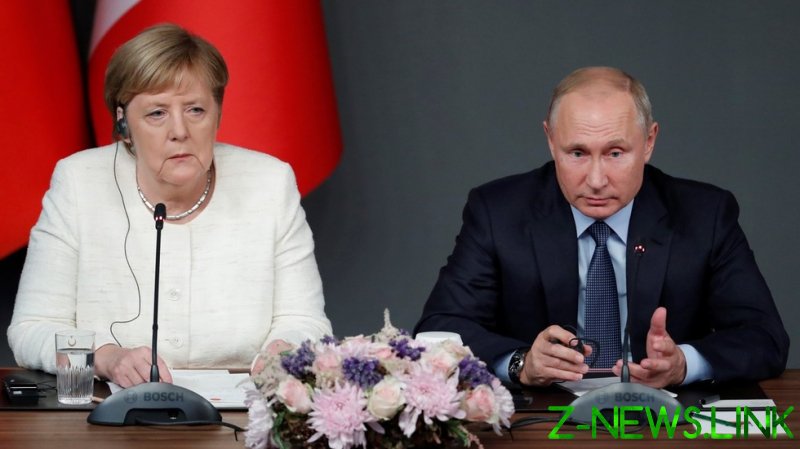 Many observers believe the United Nations Security Council (UNSC) needs an overhaul. With countries such as Brazil, Germany, India and even Japan suggested as potential permanent members. Reaction to Berlin’s recent two-year stint on the body suggests the present five (China, France, Russia, the UK and the US) will be keeping the gate locked for a while.

Instead of the customary pleasantries and recognition for Germany’s contributions on its way out, Russia and China scolded the German Permanent Representative to the United Nations Christoph Heusgen. Russian Deputy Permanent Representative Dmitri Polyansky lambasted Germany’s “hypocritical behavior” and in no uncertain terms stated that “we will not miss you.” China also denounced Germany for its behavior and asserted Germany’s path toward a permanent seat at the UNSC “will be difficult.”

The heated rhetoric derived primarily from Germany’s criticism of Russia and China over developments in Syria. For Heusgen, the fault for the crisis in Syria was simple: “Russia has been undermining the OPCW” by questioning its findings and supporting the Syrian government. Complex geopolitical rivalries in a strategic region are clothed in the language of values as liberal democracies versus authoritarians.

Since 2006, it has been widely reported and confirmed that the US has been preparing proxies in Syria for regime change. Since the fighting erupted in 2011, Western states have violated international law by funding and training militant groups and directly attacking Syrian targets.

Leaks from the Organization for the Prohibition of Chemical Weapons (OPCW) indicate that findings were deliberately misrepresented, and the chief of cabinet at the OPCW ordered officials to “remove all traces” of documents that found the gas cylinders in Douma had been planted there. The US, UK and France, blocked the testimony of Jose Bustani, the first director-general of the OPCW, who accused Washington of high-jacking the institution to control the narrative.

Russia’s denunciation of Germany’s role in the UNSC represents a wider rejection of Berlin’s self-professed moral authority. The post-Cold War era of liberal hegemony is increasingly seen by Moscow as an era of political radicalism. The West professed that its global hegemony would advance liberal values, yet Moscow perceives that liberal values have been used to assert global hegemony.

The West is accused of developing security strategies based on dominance rather than multilateralism, while relentlessly expanding a military bloc, invading and destroying other countries with increasing frequency, and pursuing coups – all the while claiming moral authority as defenders of human rights, democracy and peace.

The German-Russian relationship has historically swung between partnership and competition. In 1917, James Fairgrieve described Eastern Europe as a “crush zone” due to the power competition between Germany and Russia. Third parties such as the UK and US have historically defined their security interest as maintaining this division in Europe, as a German-Russian partnership would shift the balance of power on the continent and possibly become a threat.

Even today, the likes of ‘Stratfor’ founder George Friedman assert that the primary foreign policy goal of the US is to prevent any sort of alliance between Moscow and Berlin, because of the fear that it would offer a desirable alternative to US hegemony.

Willy Brandt’s Ostpolitik during the Cold War sought to normalize relations with the Soviet Union and its East European satellites. Moscow interpreted this as a German effort to resolve the historical zero-sum rivalry in Eastern Europe as opposed to merely regaining a foothold in Soviet satellite states. From Gorbachev’s aspiration of a Common European Home to the post-Cold War aspirations of a Greater Europe, Moscow recognized a partnership with Germany was necessary to unify the continent.

Today, Germany interprets Ostpolitik as leadership in Eastern Europe, which depends on pushing Russia out of Europe. German Foreign Minister Heiko Maas announced this month the legacy of Ostpolitik: “Unlike Brandt, we no longer have to go via Moscow to talk to our eastern neighbours nowadays. Many partners in Eastern and Central Europe now view Russia very critically – and German foreign policy must take our neighbours’ concerns seriously. In addition to offers of dialogue, clear German positions vis-à-vis Moscow are therefore important for maintaining trust in Eastern Europe.”

Berlin’s efforts to create a Europe without Russia unavoidably became a Europe against Russia. The German-supported unconstitutional coup against Ukraine’s democratically elected government in 2014, or “democratic revolution” as Berlin frames it, resulted in the death of Moscow’s Greater Europe initiative.

While the West condemned Russia for how it reacted to the Maidan, less focus was devoted to the sense of betrayal in Moscow. The remaining Russian illusions of gradual integration into a Greater Europe collapsed as the EU compelled Ukraine to choose between East and West. Subsequently, the nature and utility of the special partnership with Germany also ended.

The German-Russian partnership for Greater Europe was replaced with the Chinese-Russian partnership for Greater Eurasia. Russia has been busy the past years diversifying its economy away from Germany and toward China and Asia. The growing success of the Greater Eurasia initiative is largely the result of Russian-Chinese efforts to harmonise interests in their shared regions, which is contrasted with German efforts to “peel away” Russia’s neighbours – or “European integration” as Berlin frames it.

German-Russian relations in the age of Greater Eurasia

Under the Greater Europe initiative, Russia implicitly accepted German interference in its domestic affairs. As the eternal aspirant aiming to be included in Europe based on common values manifested itself in a subject-object or teacher-student organization of relations, Berlin was bestowed with the assumed moral authority to socialize or civilize Moscow in domestic and international affairs.

In the age of Greater Eurasia, relations between Russia and Germany are changing rapidly.

The emergence of a multipolar world implies pluralism of morals and values. Moscow is charting a distinctive conservative path and will no longer accept that liberal democratic universalism legitimizes sovereign inequality. Moscow subsequently rejects that its domestic politics is an issue for international discussion, and likewise dismisses Berlin’s effort to frame competing national interests in a Manichean prism as good versus bad values.

The unfriendly farewell by Moscow and Beijing as Germany exits the Security Council is a manifestation of a recalibrating relationship. Rather than attempting to reset relations, Moscow and Berlin should organize an amicable divorce and establish clear expectations toward each other.