Home / WORLD / Dr. Birx tells CNN hundreds of thousands of Covid-19 deaths ‘could have been mitigated,’ blasted as ‘complicit’

Dr. Birx tells CNN hundreds of thousands of Covid-19 deaths ‘could have been mitigated,’ blasted as ‘complicit’ 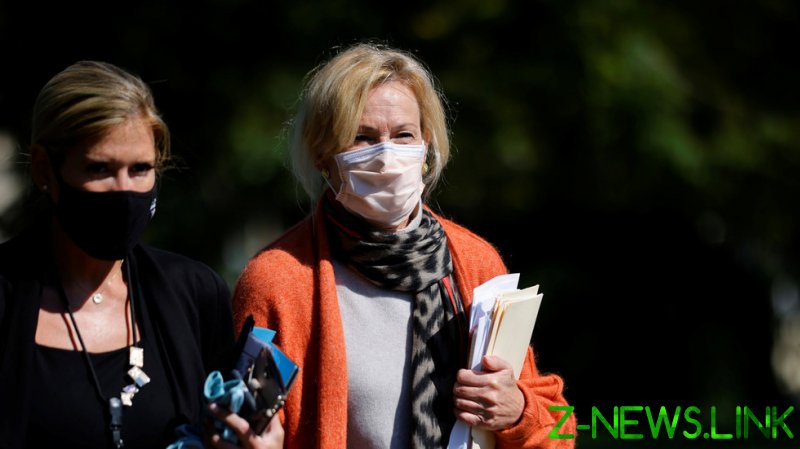 “The first time, we have an excuse, there were about 100,000 deaths that came from that original surge,” Birx told CNN in a documentary that will air Sunday. “All of the rest of them, in my mind, could have been mitigated or decreased substantially.”

Birx believes that if cities and states had “aggressively applied the lessons of the first surge” for all of 2020, according to CNN, then the death count could have been lower.

Birx has faced condemnation from both conservatives and liberals since the end of the Trump administration. While she has grown more critical of the former president – whom she previously praised – recently and said she “always” considered quitting, Birx has been labeled by Trump critics as “complicit” in any failures on the pandemic, a charge with renewed ammo thanks to her latest comments.

“The malicious incompetence that resulted in hundreds of thousands of unnecessary deaths starts at the top, with the former President and his enablers,” Rep. Ted Lieu (D-California) tweeted, blasting Birx as one of the former president’s “enablers.”

Other critics drew attention to a report from late last year that revealed Birx seemingly broke health guidelines and traveled to another state, mixing multiple households at a gathering, something she had warned Americans not to do before the holidays.