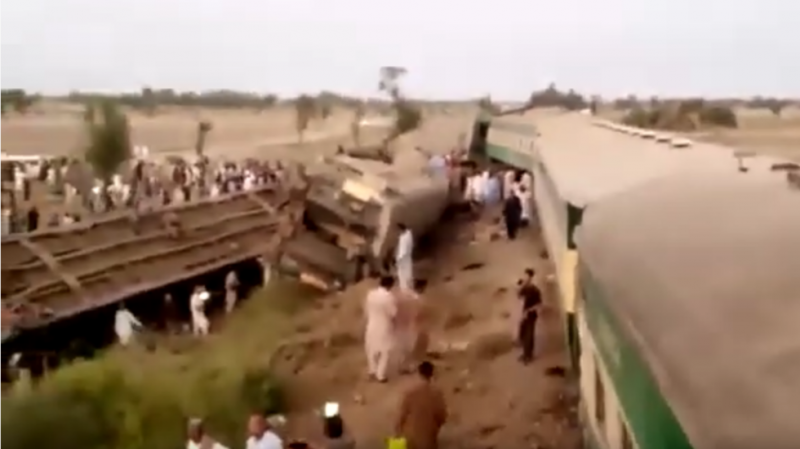 The incident unfolded early Monday near the city of Daharki, in Ghotki District of Pakistan’s southeast Sindh province.

The collision reportedly took place after several cars of the Millat Express train derailed and collided with Sir Sayyed Express passenger train moving on a parallel track. Footage of the incident shared on social media shows crumpled carriages overturned and lying on one side, as people surround them, apparently searching for survivors.

Pakistan’s Neo News reported that at least 30 passengers were killed in the collision, and dozens more were injured. More people are feared to be trapped in the debris.