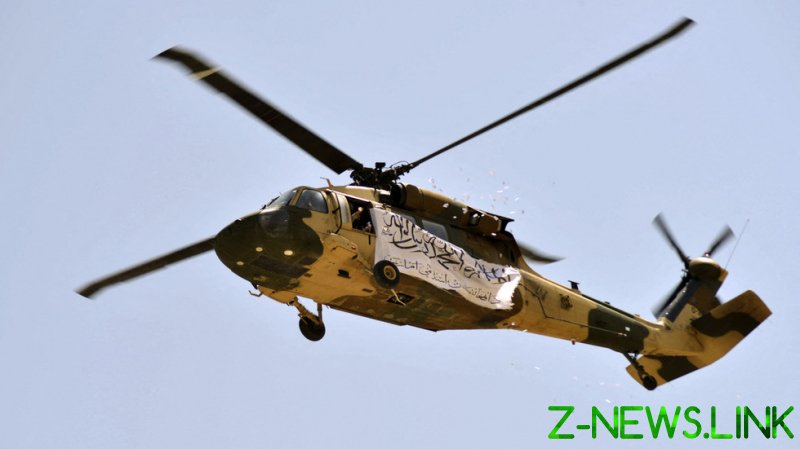 At least one Black Hawk helicopter appeared to be featured during the parade as well. The aircraft, carrying the group’s flag, flew above the column at an extremely low altitude, footage from the scene shows.

The Kandahar celebrations also featured a rally held by the Taliban-appointed governor of the province, Haji Yousaf Wafa, pictures on social media showed. The governor reportedly addressed the crowds at a local cricket field, praising the Taliban victory and leading a group prayer to mark the occasion.

Over the past few weeks, the Taliban waged a broad offensive against the Afghan military, seizing control of most of the country. The offensive culminated in the takeover of the country’s capital Kabul and disintegration of the government.

The fall of Kabul prompted a hasty and chaotic evacuation of the remaining Western troops and their local helpers via the capital’s airport. The evacuation was marred by multiple incidents, including deadly attacks by Islamic State terrorists that left some 170 people, including 13 US servicemen, dead.