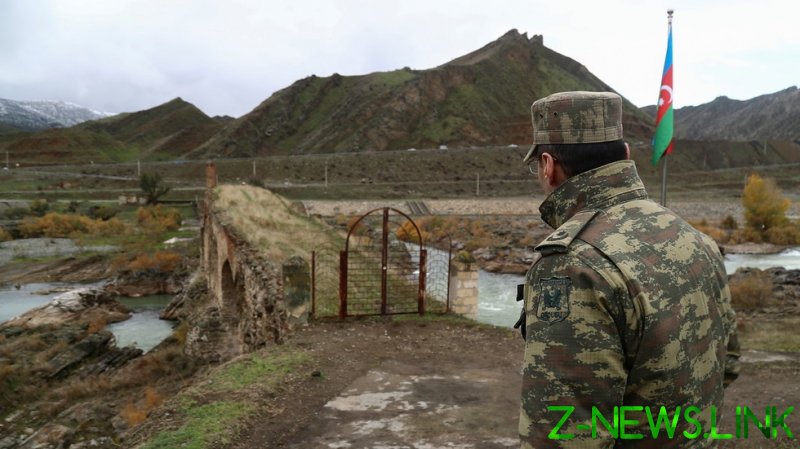 In a press release issued on Wednesday, Azerbaijani military chiefs announced that seven of their troops had died during combat operations on the shared frontier as a result of what it has described as “Armenian provocations.” A further 10 servicemen were also reportedly injured in the fighting.

The Armenian side also announced it was dealing with an unknown number of casualties. The Ministry of Defense in Yerevan said on Wednesday that one of its servicemen had died, but revealed communication had been lost with a further two dozen, and that their fates are currently unknown.

According to the statement, Armenia has now lost a significant amount of its military equipment, including vehicles and armored carriers deployed to protect the border. Yerevan has also said two of its combat posts came under Azerbaijani control after a firefight.

Both nations have confirmed that the situation on the Azerbaijan-Armenian border has stabilized since reports of clashes on Tuesday. The defense ministers of both Yerevan and Baku held calls with their Russian counterpart, Sergey Shoigu, after fighting broke out in an effort to prevent tensions flaring further.

Shoigu called on the two former Soviet republics to put an end to any activities that risk exacerbating the situation. Moscow later announced that fighting had been paused.

Skirmishes broke out on Tuesday, with both sides accusing each other of the provocations. Yerevan alleged Baku’s troops had invaded its territory and captured several of its servicemen, as well as a handful of points across the frontier.

Azerbaijan, however, vows it was acting in self-defense, hunting for Armenian anti-tank weapons that purportedly shot at its posts over the weekend.

The incidents have created fears of a resumption in all-out conflict, which saw the two nations wage a short but bloody war last year over the disputed province of Nagorno-Karabakh, a de jure part of Azerbaijan historically controlled by the ethnic Armenian majority. Russia brokered a deal that saw an end to the fighting and deployed peacekeepers. The pact also forced Yerevan to sign over swathes of territory to Azerbaijan, including most of the lands held by Armenians since a bloody conflict in the early 1990s.