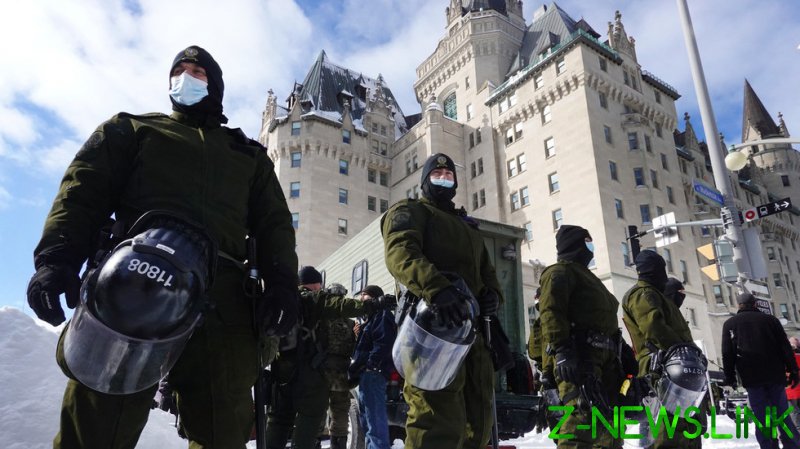 Armed riot police moved in on the protesters after repeatedly declaring the protests unlawful and warning those involved that they would be arrested if they refused to leave.

One viral video showed protesters being trampled by mounted police on horses, while another showed an officer violently kneeing a man to the ground.

Police officers were also recorded beating a downed protester with a gun stock and ripping a Canadian flag out of another person’s hand.

Protesters and journalists alike were pepper sprayed by police on Friday, with journalist Andrew Lawton claiming to have been pepper sprayed despite being “several feet away from their front line” and obeying “every order to move back.”

Ottawa Police confirmed 70 arrests on Friday, though some reports placed the number as high as 100. Two key figures behind the protests were arrested on Thursday.

The Canadian government has repeatedly accused the protesters – who have been demonstrating against Covid-19 restrictions and mandates outside Parliament since late last month – of attempting to overthrow the government.