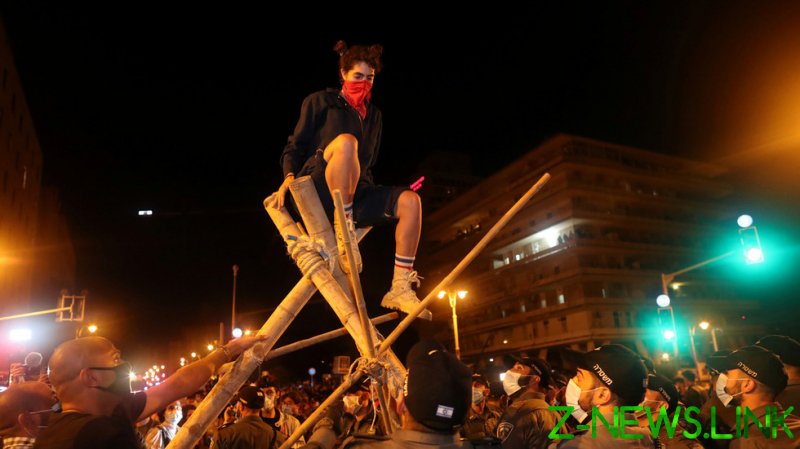 Up to 10,000 people hit the streets of Jerusalem on Saturday, according to some estimates, as the protests against Netanyahu continue for the 9th consecutive week. The activists gathered in front of Netanyahu’s official residence, and blocked several intersections across the city.

As the demonstration escalated into sporadic scuffles between police and protesters, at least 30 people were detained, local media reported.

The protest brought people together over a variety of issues, including the long-standing corruption charges against Netanyahu, as well as the 20+ percent unemployment rate and overall state of Israeli economy.

The government’s handling of the coronavirus crisis also faced criticism, as this week Israel passed the 100 thousand cases mark, a relatively significant number for the 9 million nation. 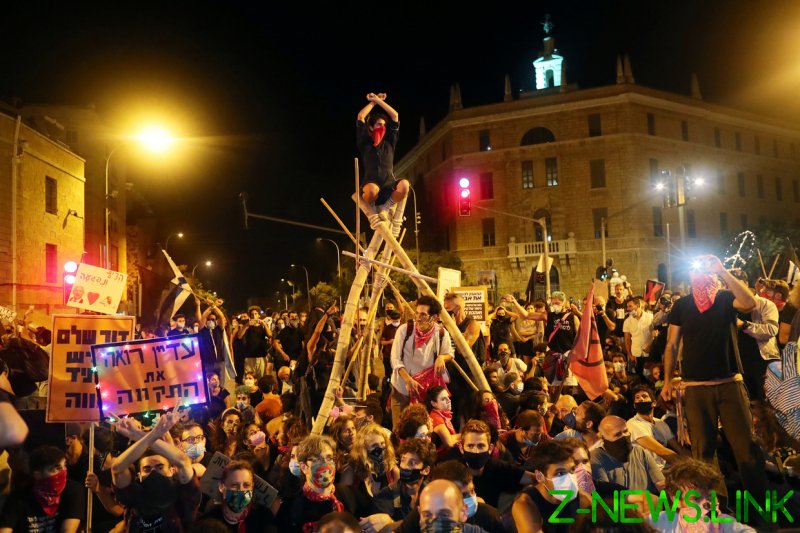 Activists of the so-called Black Flag movement, that perceives Netanyahu as a ‘threat to Israel’s democracy’, were spotted among the protesters as well. 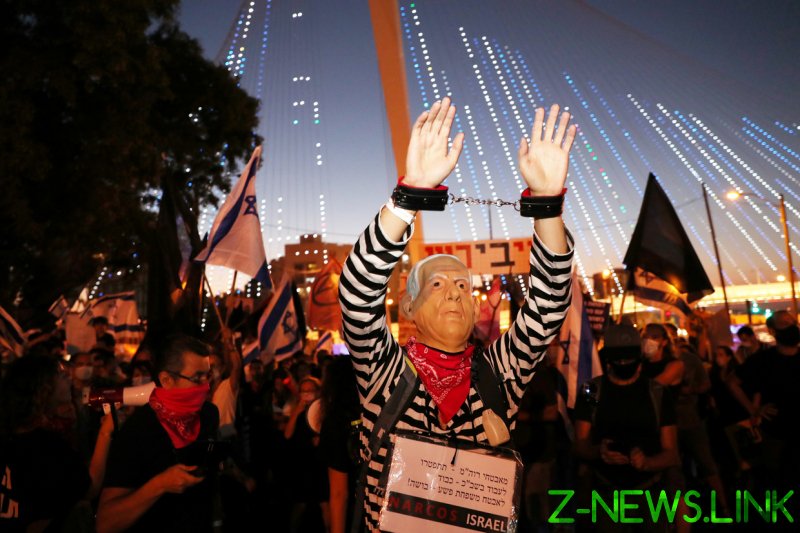 The new round of protests comes just before the August 25 deadline to pass the state budget. The government has been in deadlock over it for weeks already, and blowing the deadline could result in a new general election – the fourth one in less than two years.